Netizens and Bollywood fans regularly celebrate anniversaries of important films and also of actors. But today marks the day when one of the greatest superstars of Bollywood, Amitabh Bachchan, began his acting journey, and that too 50 years ago! Unlike his contemporaries, he continues to work on a regular basis. Since 1997, there has been not a single year when he didn’t have a release. Needless to say, this is a feat that very few actors in the world can boast of! 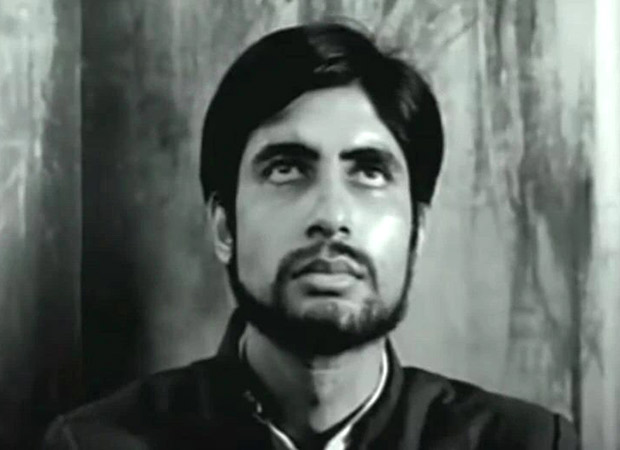 Amitabh Bachchan, before starting his acting career, had done the voiceover in Mrinal Sen’s Bhuvan Shome, which released on May 12, 1969. His first film, Saat Hindustani, hit the theatres on November 7, 1969 and it turned out to be his acting debut for which he even got a National Award. Directed by Khwaja Ahmad Abbas, it tells the heroic story of seven Indians who attempt to liberate Goa from the Portuguese colonial rule. In this Bollywood Hungama special feature, we give you some not-so-known trivia about the film, with regards to Amitabh Bachchan:

1. Amitabh Bachchan was working in Kolkata while trying his hand at acting. When Khwaja Ahmed Abbas called him for the film, the actor came down from the City Of Joy after resigning from his job. Khwaja saab was astonished and asked him, “You mean to say that you resigned a job of sixteen hundred rupees a month, just on the chance of getting this role! Suppose we can’t give the role to you?” To which Big B replied, “One has to take such chances.” So happy was Khwaja Ahmed Abbas that he said, “The role is yours.”

4. The role played by Amitabh Bachchan was initially offered to Tinnu Anand. However, Tinnu Anand declined the part as he was getting a chance to assist the legendary filmmaker Satyajit Ray. And it was Tinnu Anand who was given Big B’s photographs and who was told to hand it over to Khwaja Ahmed Abbas. The writer-director had a very bad temper and he considered Tinnu like his son. As a result, Tinnu was asked to do the needful.

5. Amitabh Bachchan today is known for his dedication and discipline to his craft and he had these qualities right from the beginning. Veteran make-up artist Pandhari Juker in an interview once said, “For his first film, Saat Hindustani, I had made him a beard which didn’t stick easily. Gluing each strand of hair to his chin was a tedious process. Since I had to go away for three-to-four days, he took pains to sleep and bathe in a fashion that did not disturb the beard.”

6. Amitabh Bachchan in a Bollywood Hungama exclusive interview in May 2015 talked highly of Khwaja Ahmed Abbas and his experience of working on Saat Hindustani. He said, “We called Abbas saab ‘mamujaan’ and he was an exceptional human being, much bigger than his status as a writer and director. When we were shooting for Saat Hindustani, we’ll all travel together, in third class. We stayed in government circuit houses, which were not so well equipped. The whole unit would sleep on the floor in one all. Cameraman, spotboys, artists and Abbas saab – all together! They were no tubelights then. He would light a lantern and write or go through the scenes of the next day. It was amazing. Where do you find people like that?

7. A film historian SMM Ausaja revealed that Saat Hindustani had a limited release in Mumbai that too only in matinee shows. Moreover, it released in Maximum City many months after it released in Delhi.

8. Before bagging Saat Hindustani, Amitabh Bachchan had sent his photographs to the Filmfare Talent Hunt Content but he was rejected at the preliminary round. He narrated this experience to his father, to which Harivanshrai Bachchan told Big B, “Kisi ghar ke andar ghusna ho aur darwaza ho agar bandh, toh deewar faand kar ke andar chale jaana chahiye” (if you want to enter a house and the door is locked, then you must climb the wall and make your way in). The megastar revealed this trivia on the November 7, 2019 episode of ‘Kaun Banega Crorepati 11’ which was also dedicated to Amitabh’s 50 years in cinema.