India’s Most Wanted which opens this week gives a whole new swing to the theme of global terrorism. It is brave and vigorous, compelling and gripping, authentic and nerve-wracking. This would be the best time to rewind to the best films on terror attacks to be filmed in Bollywood. 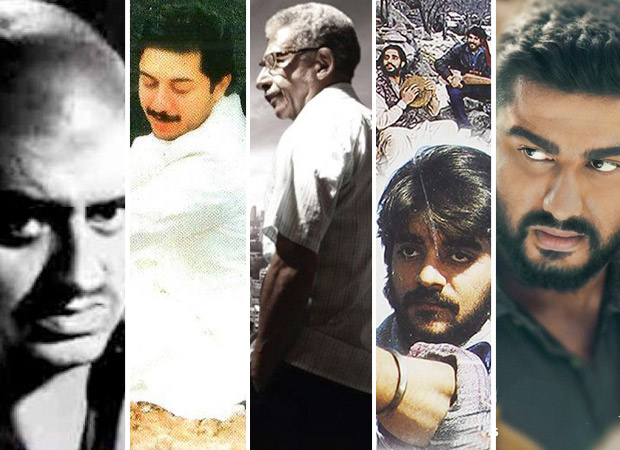 1. Black Friday (2007): Recreating the events leading up to the ‘Bombay’ blasts (there was no Mumbai back then) on March 12, 1993, Anurag Kashyap’s clenched drama on the second-worst terror attack in Mumbai is a source of constant shock. On each viewing you will come across new facets to the dark diabolic characters plotting a conspiracy that still boggles the mind. The extraordinary cast adds considerably to the palate of pulsating action. Watch out especially for Pavan Malhotra as Tiger Memon, K K Menon as inspector Rakesh Maria and Aditya Shrivastava as Badshah Khan. Oh, didn’t I tell you? This film for once names and shames real-life terrorists. That even the gutsy India’s Most Wanted 12 years later is unable to do.

2. Roja (1992): One of the earliest films to define the codes of terrorism in cinematic language, Roja mixed the romance of Rahman’s melodies with the booming of the guns in the Kashmir valley when honeymooner Madhoo finds her husband kidnapped by a terrorist. The film was a huge success on release. There is a lyricism, an opposite of Kashyap’s rawness that defines Mani Ratnam’s view on terrorism. This is more David Lean than Quentin Tarantino. The real star of the show is AR Rahman’s music. A masterly music score in a film about terrorism is a bit of an irony.

3. A Wednesday (2008): Naseeruddin Shah played the common man with explosive ideas of justice, pun intended. Though the film appears lopsided and a little misguided in its sympathy for the purported terrorist, what comes through is the sense of rigorous self-loathing in an individual that leads to acts of terror even in the common man. Director Neeraj Pandey also directed that fine robust commercial film on terrorism called Baby. But A Wednesday remains his most convincing and compelling terror treatise.

4. Maachis (1996): Long before cross-border terrorism there was the Khalistan movement in Punjab. Gulzar’s Maachis is a lean mean parable on militancy with an innocent Chandrachur Singh being sucked into Punjab militancy. The incandescent Tabu played his beloved who follows him into the darkness to spread her own radiance. Who can forget Tabu emoting to Lata Mangeshkar immortal lines of homesickness ‘Paani Pani Re’? The song is anthem for all the youth who have strayed into militancy. Come back home.

5. India’s Most Wanted (2019): Raj Kumar Gupta’s lithe raw and kinetic film of a super-heroism on an evangelical level where four unarmed men selflessly decide to nab India’s most wanted terrorist even if it means losing their lives. Why did they decide to apprehend such a dangerous terrorist without any help from official channels? For the same reason that Edmund Hillary climbed the Himalaya. Because it was there. This is the bravest film on terrorism and unsung brave hearts who fought it out thanklessly.

Also Read: “I was the chosen one to do this film” – Arjun Kapoor on his role in India’s Most Wanted