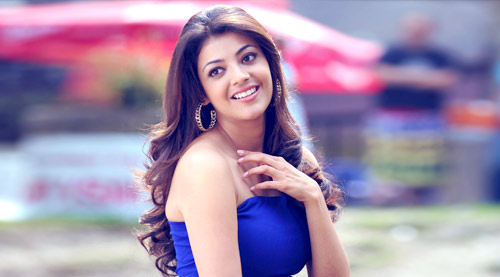 She started her Bollywood sojourn in 2011 with Singham. She was the leading lady opposite Ajay Devgn and the film was a very good success. She followed it up with Akshay Kumar starrer Special 26 [2013] which was a successful film too. While she continued to feature in quite a few films down South and maintained her position as a top star there, she decided to choose her next Hindi films judiciously. While one waits for that, she would be back on the big screen for pan-India audience with Sardaar Gabbar Singh.

"Though this is a Hindi dubbed version of the Telugu film, the fact remains that Kajal is expanding her boundaries yet again with it," informs our source, "The film is not seeing a token dubbed release; instead it is arriving in a big way. Rest assured, for Kajal this could be pretty much akin to her third mainstream Bollywood release."

There is a reason for that. Apparently, her co-star Pawan Kalyan is quite kicked about reaching out to an all-India audience with this mainstream 'masala' entertainer. Since he has tied up with Eros to go big with Sardaar Gabbar Singh on its arrival on April 8, everyone associated with it - very importantly Kajal - has stage set to make this release count.

"Pawan plays a cop in the film and the setting is that of the princely town of Rattanpur which is set on the border of Telangana, Chhattisgarh and MP," the source adds, "By basing the film in this region, the makers have played a masterstroke by sitting in the heart of India. You have all the cultures merging seamlessly here."

As for Kajal, who gives company to Pawan in the film, there is a lot on stake as she is on the verge of scoring a hat-trick of successes after Singham and Special 26.

"In the interim period she did get quite a few offers from Bollywood where she could have a part of some successful affairs. In the process, she could well have gained some more 100 crore films in her kitty. However, with her career going great guns in South where there were much more meaningful roles coming her way, Kajal was in no hurry to pick and choose anything that was either just a proposal or could best be termed as a project," says a close associate.

So while she picked Sardaar Gabbar Singh for herself, the fact that it is finding a mainstream release in Hindi as well has spelt good news for Kajal. With another Hindi film, Do Lafzon Ki Kahaani, is set for release a few weeks after the Pawan Kalyan starrer, guess Kajal would have a lot to cheer about her Bollywood sojourn this year.