Last week we commenced a recap of 2020 that takes a look at the year that was in terms of numbers that made headlines. Continuing with the same, here is yet another set of figures that made it past the clutter. 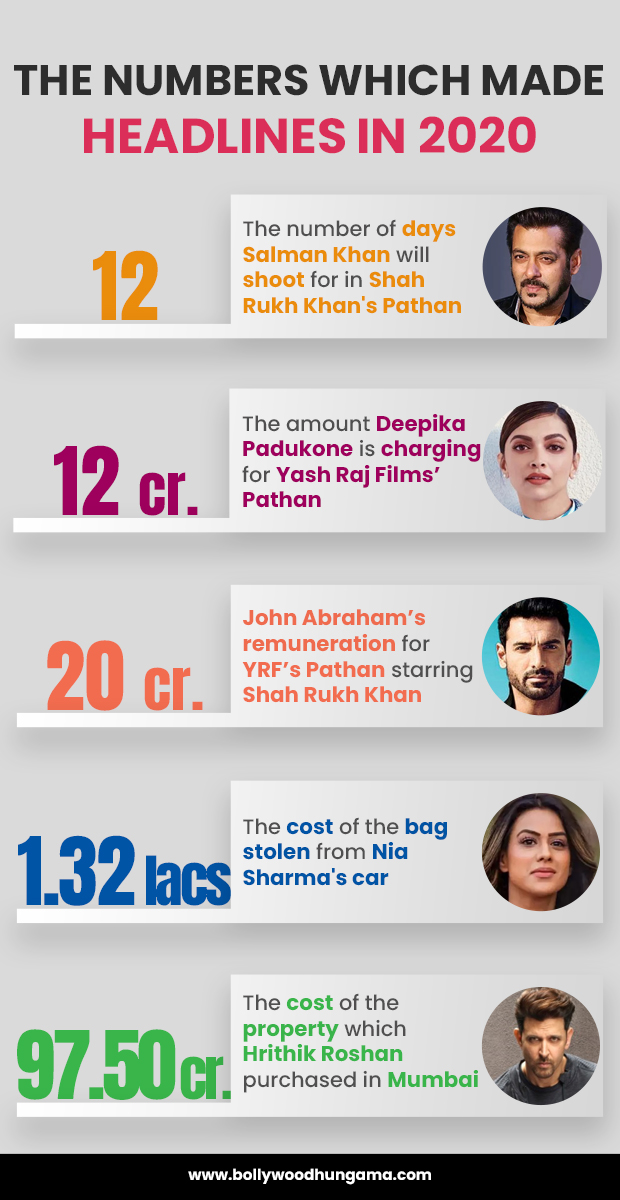 Salman Khan giving his nod to feature in the Shah Rukh Khan film Pathan was big news, but we at Bollywood Hungama were the first to inform you that Salman would be seen an extended cameo and that the entire shoot would take about 12 days.

Alongside Shah Rukh Khan and Deepika Padukone, Pathan also features John Abraham, who has reportedly charged a whopping Rs. 20 cr as his fee for the film.

Celebrities are known to splurge on certain items every now and then. In the case of Nia Sharma, the actress shelled out Rs. 1.32 lakhs for a bag that was unfortunately stolen from her car.

Property rates in Mumbai have been sky rocketing for a few years now, despite this Hrithik Roshan shelled out a staggering Rs. 97.50 cr for his latest property acquisition in the city. 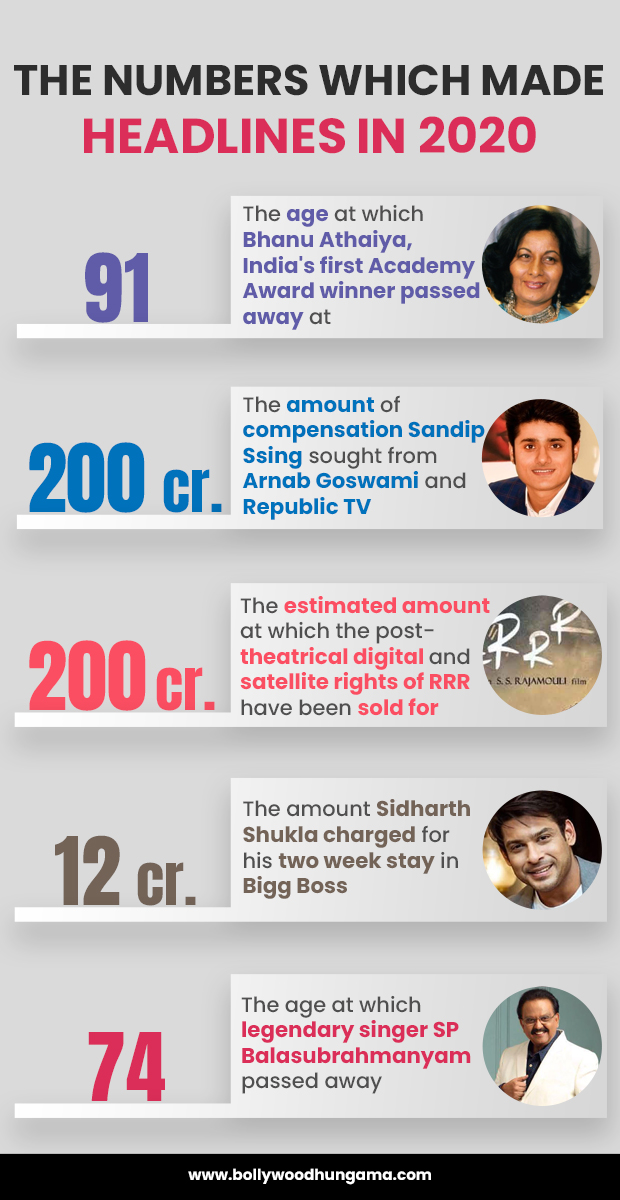 2020 was a bleak year with quite a few known and respected names from the industry fading away. Sadly Bhanu Athaiya, India’s first Academy Award winner too passed away in 2020 at the age of 91.

Rs. 200 cr, the amount producer Sandip Ssingh sought from Arnab Goswami and Republic TV as compensation for tarnishing his image.

The digital and satellite rights of much talked about SS Rajamouli directorial RRR has apparently been sold for a whopping Rs. 200 cr.

TV reality shows are scripted, but that has not deterred fans from watching them. On the other hand, big monies are involved for those who feature in such shows, and Sidharth Shukla is prime example of that. Apparently, the actor was paid Rs. 12 cr for his two week stay in the Bigg Boss house on season 14.

Veteran musician SP Balasubrahmanyam passed away this year at the age of 74. 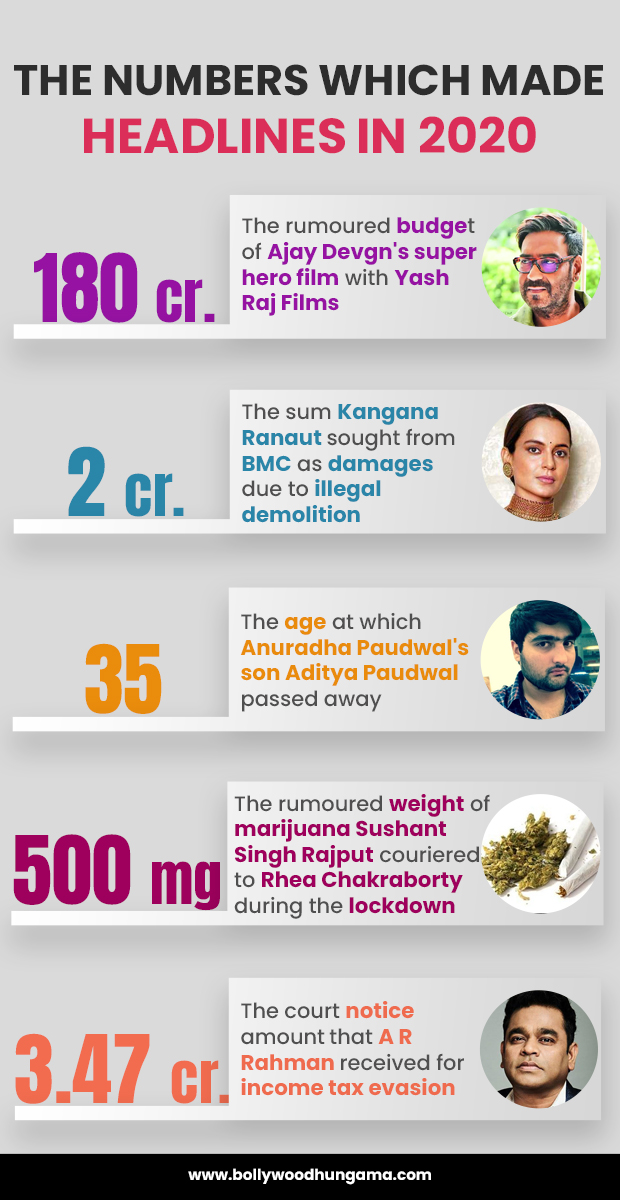 Rs. 180 cr the estimated budget of Ajay Devgn’s superhero film that is being made with Yash Raj Films.

Rs. 2 cr, the estimated amount actress Kangana Ranaut sought from the BMC in damages due to the illegal demolition of her office.

Another death this year was that of Anuradha Paudwal’s son Aditya who passed away at the age of 35.

The Sushant Singh Rajput case opened up a proverbial ‘can of worms’ with a lot of names from the industry being implicated in various illegal activities. Another issue that cropped up was that Sushant reportedly couriered 500 mg of marijuana to Rhea Chakraborty during the lockdown.