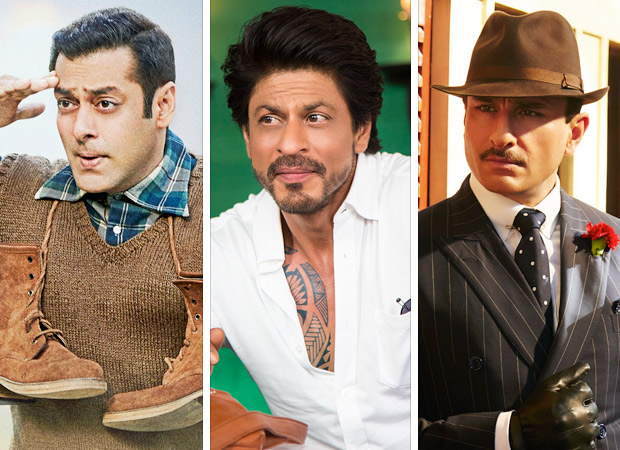 Without Padmavati on release, nothing seemed to work for Bollywood except Akshay Kumar, Baahubali Returns, Golmaal Returns and Judwaa Returns. So okay, the sequels were not titled the way I am saying. But the ‘returns’, that is the profits, proved that the sequels and spins off had a ball at the box office. The rest had to take a chill pill.

Chill-maar non-starters queued up to be disgraced at the box office this year. The year started with Aditya Roy Kapur and Shraddha Kapoor getting together in Shaad Ali’s Ok Jaanu to deliver a super-flop after the super-hit Aashiqui. The flow of flops never dimmed thereafter. The big Republic Day clash between Shah Rukh Khan and Hrithik Roshan in Raees and Kaabil proved to be a bit of a damp squib with both films underperforming at the box office, though neither was an outright flop.

Akshay Kumar continued to revel in socio-political relevancy. Jolly LLB 2 was about the loopholes in the legal system while Toilet - Ek Prem Katha took on hygiene and toilet amenities for women. These are brave choices and they worked at the box office. We must salute Akshay Kumar as the hero of 2017 in a year desperately in search of heroes.

Renowned filmmakers like Vishal Bhardwaj and Imtiaz Ali should be ashamed of themselves for wasting producers’ money and our time with their crappy creativity. Bhardawaj’s Rangoon invites a thesis on HOW NOT TO MAKE A MOVIE. It was an overblown piece off kinetic travesty best left to the trashcans of obscurity.

But who will compensate the producers who believe in the creative dreams of filmmakers and repeatedly get kicked on their butts for their misplaced trust all the way to near-bankruptcy?

While Baahubali - The Conclusion made us conclude—wrongly—that costume dramas were back in fashion, films starring female heroes, or ladies’ pictures as the CBFC picturesquely described them, continued to bomb one after another. Vidya Balan had two major female-oriented films, Begum Jaan and Tumhari Sulu (the latter performing relatively better). Sonakshi’s Noor, Raveena Tandon’s Maatr and Manisha Koirala’s absolutely enchanting Dear Maya sank without a trace. 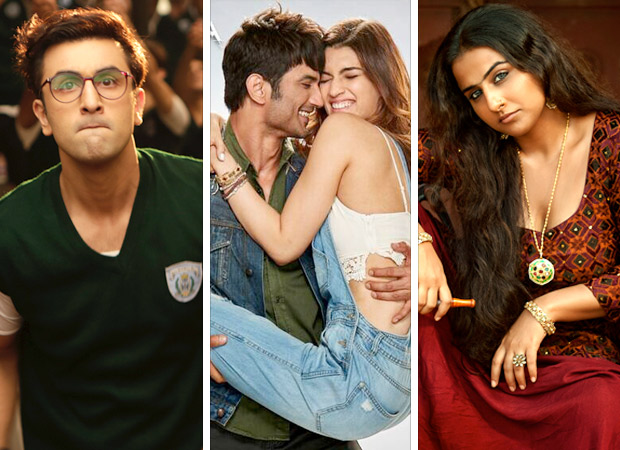 The ‘ladies pictures’ that did well were the Sridevi-driven Mom and the quirky sexy ensemble comedy Lipstick Under My Burkha, the latter benefiting primarily from all the publicity it got from its skirmish with the censor board.

Wait. It got worse with the Sushant Singh Rajput-Kriti Sanon reincarnation dud Raabta (just goes to prove once again that audiences get bored with real-life couples on screen). Big Stars like Ranbir Kapoor and Katrina Kaif delivered a dud like Jagga Jasoos, a criminal waste of resources that should have never been allowed.

It took a small film with a big message called Hindi Medium to turn the tides. This Irrfan Khan – Saba Qamar starrer about a young couple’s struggle to get their daughter into an English-medium school touched a chord in the nation.

No doubt Irrfan was the star of the year. He had another relative success Qarib Qarib Singlle towards year-end. The other Khan, the far bigger star Salman Khan, delivered a thundering flop with Tubelight, one of the biggest debacles of the year. No doubt Salman will recover lost ground with Tiger Zinda Hai before the year closes.

In the meanwhile, there is more heartening news with Mrigdeep Singh Lamba’s Fukrey Returns making rich profits at year-end.

What did I tell you about this being the year of ‘returns’?