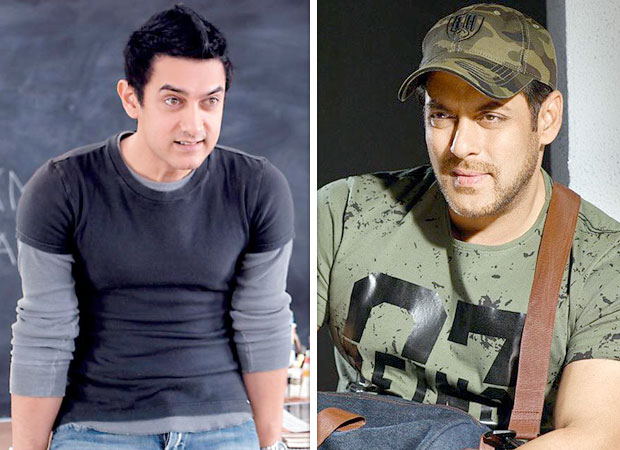 When Taare Zameen Par had released on this day ten years ago, nobody thought in their wildest dreams that it would emerge as one of top 5 grossers of 2007. After all, the film didn’t carry enough buzz. Yes, the curiosity factor was there but it was expected that it won’t be the usual entertainer of sorts. But the film turned out to be unlike anyone had ever seen before in Indian Cinema. It was sensitively handled and yet highly entertaining. It appealed to all sections of audiences and no wonder that it did more than Rs. 60 crore at a time when it was a feat to do so even for a biggie.

On this glorious tenth anniversary of this classic, we went down memory lane and had a look at the making videos and some interesting information tumbled out of it. To begin with, the film was initially titled High Jump. It was none other than superstar Salman Khan who suggested this wonderful title to the film. Taare Zameen Par definitely connects more than High Jump for sure and it was praiseworthy of the Tiger Zinda Hai superstar for this immense contribution!

Darsheel Safary plays the lead protagonist in the film and has a bigger role than Aamir Khan. Surprisingly, he was casted much later, after Aamir had come on board as actor and producer. It’s nice to see the kiddie Darsheel talking confidently how he was spotted at Shiamak Davar’s dance show and that’s how he was called for audition. Aamir was impressed with the way he emoted through his eyes beautifully. Instantly, the superstar said that he’s the one who’ll play Ishaan in the film. And today, we can’t imagine anyone else other than Ishaan for this role. Aamir never regretted his decision and was happy to see that the child actor was so smart. “I used to feel that I am directing an adult,” was what Aamir remarks at one point in the making video.

One of the biggest controversies that broke out during the making of the film was Aamir Khan directing the flick. Amole Gupte had written the story, screenplay and dialogue and also done the entire research and he was all set to direct. There were reports that Amole was compelled to give up direction for this film. But Aamir Khan in the video makes it clear that both had creative differences and that it was Amole who had suggested that he should direct. Aamir also admits that he had vowed never to act in his directorial debut but guess he had to go back on his word for Taare Zameen Par. As a director, he didn’t fall in love with his film and it’s shocking to see a crucial emotional sequence between Ishaan and Yohan (Sachet Engineer) being edited out from the film. The sequence shows Ishaan begging Yohan to talk to the father and not send him back to the boarding school. A helpless Yohan has no option but to cry and hug his younger brother. But Aamir reasons in the making clip that it added to the length. Besides, Ishaan’s emotional state was already established before and hence, he felt that this sequence was not really necessary.

Not just acting, producing and directing, Aamir Khan also goes behind the microphone for the intro part of the song ‘Bumm Bumm Bole’. It’s again interesting to see Aamir flawlessly singing the ‘breathless’ part in the recording studio with panache. In fact, music played a very important part. Songs were not exactly commercial but just like the film, they had a universal appeal. Shankar Mahadevan of Shankar-Ehsaan-Loy in the making video reveals, “We are not just composing music for a film but we are also contributing to a greater cause,” reminding about the film’s theme about the flaws in the education system.

Making videos are not always exciting to see but these clips of Taare Zameen Par stand out. Have a dekko and once again get mesmerized by the wonderful world created by this cult film!