The Telugu film Ala Vaikunthapurramuloo starring Allu Arjun and Pooja Hegde completed two years. The film which had been released two months before the nationwide lockdown in 2020 was announced was a massive hit across the country. Today, as the film completed two years, Pooja Hegde shared an unseen video from the sets of the film. In the video, Pooja can be seen dancing with Allu Arjun’s little daughter Allu Arha to the hit track ‘Butta Bomma’. 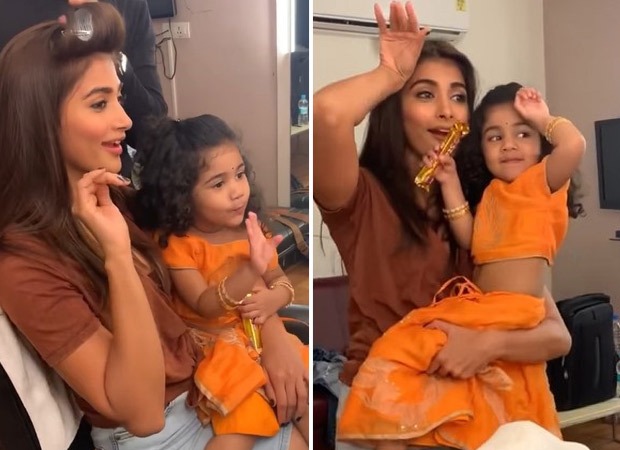 The song ‘Butta Bomma’ features Allu Arjun and Pooja Hegde and now the actress has shared an adorable video of her dancing with Arha. In the video, Pooja can be seen dressed in a brown T-shirt and shorts while Arha looked as cute as a button in an orange skirt and blouse.

Sharing the video, Pooja wrote, "On occasion of 2 years of Ala Vaikunthapurramloo, since you’ve already seen @alluarjunonline and I dancing, here’s some behind the scenes of Arha and I dancing while waiting for my shot. P.S- I think we may have invented the #Buttabomma step somewhere in there unknowingly  #2YearsOfAVPL #funtimes #memories #ramulooramulaa".

Allu Arjun, too, took to his social media handle to mark two years of the hit film. Sharing a picture with music composer S Thaman and director Trivikram, Allu wrote, "Sweetest Recall. 2 years of #AVPL . What a journey… I still feel the sweetness. . Thank you #trivikram garu for the most spl experience ever . And my brother @musicthaman for the album of the decade, all my artists , techs. , producers n the whole team . Congratulations to us once again. May we celebrate many more in years to come . Sweetga Undhi kadha… Nakugooda Nachindhi".