Actor Sonu Sood is an avid social media user and often shares his life updates on it. The actor who is a proud parent of a pet dog named Snowy recently dropped an adorable picture with it. 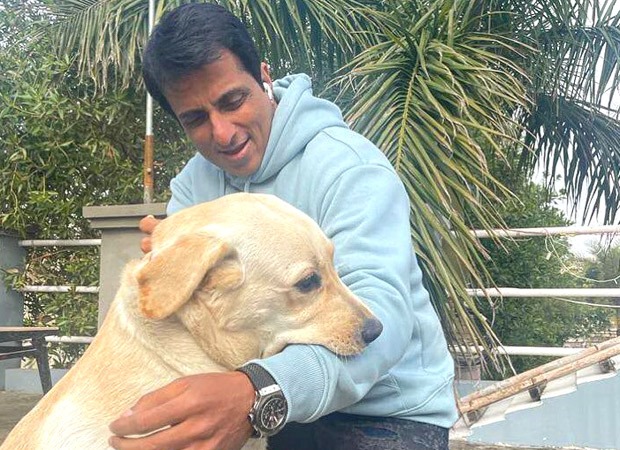 In the picture, Sonu can be seen striking for an adorable pose with his labrador. He can be also seen parenting Snowy while it adorably bites his hands. Sonu can be seen donning a sky blue hooded sweatshirt along with a pair of ripped jeans. Sharing the picture, Sonu in the caption wrote a hilarious caption which reads "I’m his new soft you. Meet Snowy .. my best friend".

Meanwhile, on the work front, Sonu Sood will be next seen playing a pivotal role in Akshay Kumar starrer Prithviraj. Directed by Chandraprakash Dwivedi, the film was earlier slated for a theatrical release on 21 Jan 2022.