After collecting accolades around the world, Mansi and Veer’s heart-warming tale about embracing love, life and friendship in Hum Bhi Akele, Tum Bhi Akele is set to arrive on Disney+ Hotstar VIP. Actors Zareen Khan and Anshuman Jha portray the role of Mansi and Veer - two strangers and proud members of the LGBT+ community; who have more in common than they realise and chance upon each other at a bar while trying to escape their respective realities. The duo soon embark on a road trip that turns out to be a journey of a lifetime. As they drive from Delhi to Mcleodganj, Veer and Mansi discover that love is truly beyond gender. 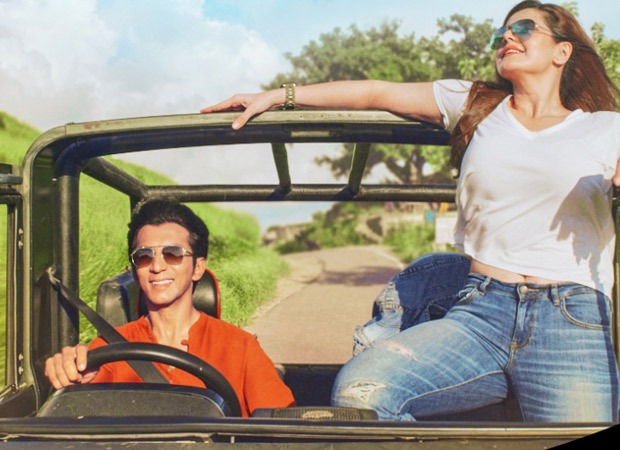 Director Harish Vyas said, “Hum Bhi Akele, Tum Bhi Akele is a human story of a special friendship that blooms, by chance, between a man and woman - both homosexuals - who are not only polar opposites - think yin & yang, but have had completely different personal journeys so far. My endeavour with this film is to bring forth the warm, positive, loving embrace that is the soul of friendship and to celebrate the LGBTQ+ community which I have been close to. We are grateful to have had a universal audience in New York, Australia and all the festivals where the film was showered with love and several global recognitions. After Angrezi Mein Kehte Hain I wanted to follow up with a light, compassionate journey to re-discover love and friendship. Hum Bhi Akele, Tum Bhi Akele is the culmination of that thought. I am hoping that it also receives a positive response from audiences watching it on Disney+ Hotstar VIP.”

Actor Zareen Khan said, “I was immediately drawn to the depth and emotionality of Mansi's character since the first time that I heard the narration of Hum Bhi Akele, Tum Bhi Akele by Harish Sir and post reading the screenplay - its unique storyline just hooked me. Just like Veer and Mansi's lives change after their road trip, Hum Bhi Akele, Tum Bhi Akele has been a life-changing experience for me and I do hope the film is able to relay the message that love is love - to even more people as it releases on Disney+ Hotstar VIP.”

Actor Anshuman Jha said, ”The intent has been to bring forth a ‘Pure' story. The Supreme Court of India has legalised homosexuality, but there is still a section of society that considers it a taboo in India and my character Veer hasn’t mustered up the courage to speak openly to his family because he fears that they won’t accept it too. With friendship and love at its core, Hum Bhi Akele, Tum Bhi Akele is a movie that will feel like a warm hug and hopefully inspire people to have more open conversations. Encourage Acceptance. We missed the theatre due to the Pandemic but I couldn’t be happier that more audiences will be able to watch it on Disney+ Hotstar VIP. It's my last work which my mother saw before I lost her in 2020 and it's therefore even more special for me. ”