Four films in various stages of completion in the last four months of the pandemic. Sounds like a tall order, but this is exactly what one new-age production house has gone ahead and done. The unexpected onset of a global pandemic notwithstanding, Yoodlee Films has moved into the next gear, by completing four feature films, in the last few months. COVID-19 has pushed the Indian film industry to rethink production logistics, on-set protocol, safety regulations for cast and crew, and challenged conventional distribution, publicity, and release methodologies. In the midst of this, Yoodlee Films has defied all odds and has successfully managed to complete the shooting of two feature films simultaneously, with all directives and measures in place.  Alongside they have also wrapped up the post-production work on two other films, which are now being readied for release. 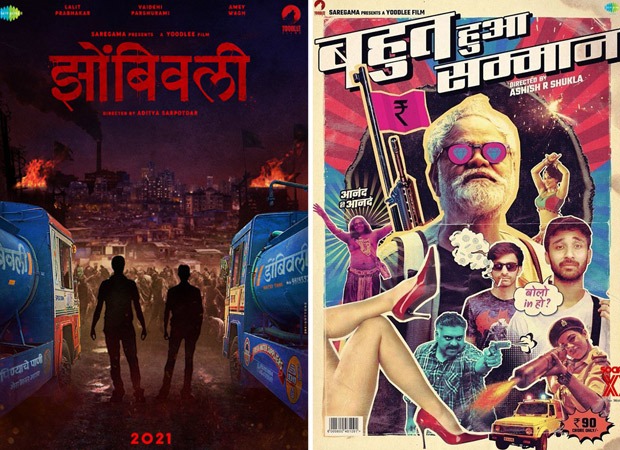 Agra stars an ensemble cast headed by Rahul Roy who makes a comeback, along with Priyanka Bose, Mohit Agarwal, Ruhani Sharma, Vibha Chibber, Sonal Jha, and Aanchal Goswami. It explores confined spaces and suppressed sexuality in small towns and promises to start a conversation around taboo subjects. Agra which is being touted as a festival favorite is directed by Kanu Behl, whose 2015 debut Titli won much critical acclaim.

Bahut Hua Samman stars Raghav Junyal, Sanjay Mishra, Nidhi Singh, and Ram Kapoor among others.  The film tweaks the idea of a heist caper and follows two students as they ideate to pull off a fool-proof robbery. Directed by Ashish Shukla and the film is set to launch on Disney+ Hotstar VIP on October 2, 2020. Comedy Couple starring Saqib Salim and Shweta Basu Prasad and directed by Nachiket Samant, is an insightful look into the lives of two stand-up comics in the metro and is being touted as ‘com-rom’. The film will premiere on Zee 5 Premium on the 21st of October. Zombivali, is a unique Marathi horror comedy, featuring zombies for the first time, is directed by Aditya Sarpotdar and stars popular actors Amey Wagh, Lalit Prabhakar, and Vaidehi Parshuram.

Vikram Mehra, MD Saregama India, says: We are passionate about telling interesting stories in Yoodlee Films. We had set out three years back, as a rank outsider, with a thriving desire to create cinema that affects and engages and to bring some order and method into the madness of film-making. Today we have proved ourselves to be the fastest-growing movie studio in the business, ready to take up challenges (such as we faced in the last few months) and create a new work principle, which is both effective and economical. Our success proves that the tenets of good management work even in the film industry if applied with reason and sense.

Zombivali is looking at release next year when theatres will be operational, while Agra will soon be setting out to do the festival rounds all over.