What do you do when your soap/serial is called Ghum Hai Kissike Pyar Mein? The immortal Lata Mageshkar-Kishore Kumar love ballad from the 1972 Manmohan Desai film Rampur Ka Lakshman composed by Rahul Dev Burman and written by Majrooh Sultanpuri which was filmed on Rekha and Randhir Kapoor? 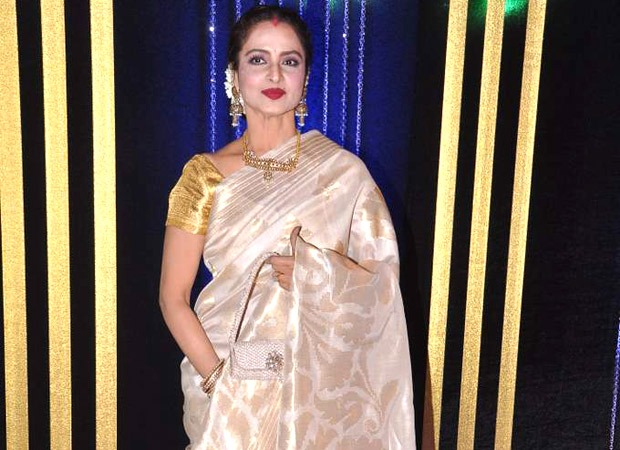 You rope in the ravishing Rekha to promote the serial. Apparently Star Plus went out of its way to coax cajole and persuade Rekha to do a promotional video for ‘Ghum Hai Kissike Pyar Mein’. She finally relented but has apparently charged a bomb (close to Rs 5 crores) for the 2-minute appearance.

To be fair Rekha looks like a million bucks in the promotional clip. She also sings the opening lines of the song ‘Ghum Hai Kissike Pyar Mein’. For those who came in late Rekhaji loves to sing. She has sung ‘Din Dhal Jaye’ from the film Guide on the phone for this writer. She has also sung for herself in the films Khubsoorat and Ek Naya Rishta.

All this is child’s play for Rekha. And a most welcome appearance for her fans. However her association with the soap ends here. So please, let’s not call it a comeback.

Also Read: “Leave Rekha out of this” – Hema Malini defends her friend’s right to privacy