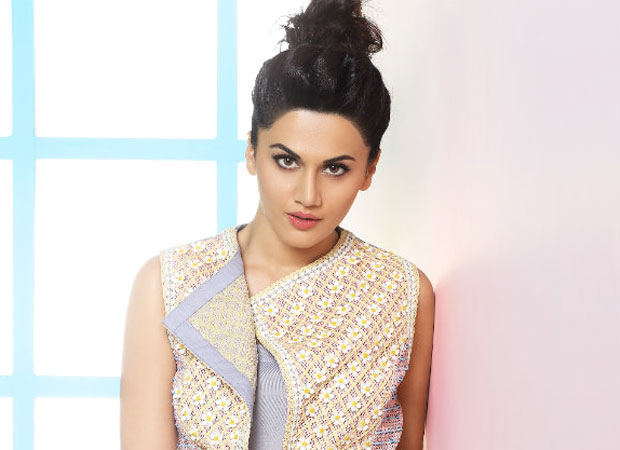 Taapsee Pannu is a busy girl as of now since she has kick started the promotions of her forthcoming film Judwaa 2 with her co-stars after the trailer hit the tube recently. But amidst all her work commitments, the actress has now extended her support to yet another cause related to women empowerment.

By now, readers may be aware that Taapsee Pannu has voluntarily made efforts to participate in causes related to gender equality and in support of women. While her films Pink and Naam Shabana have spread a similar message across the cinema medium, the actress continues to work on that front in real life too. Now, she has become a part of Techfest of IIT Bombay wherein she will be seen promoting sanitary education.

The initiative also includes distribution of sanitary napkins in villages & by organizing self-defense workshops for women. Taapsee Pannu was seen addressing and delivering a keynote on this at the Techfest. This will create more awareness and generate equality for women as Taapsee has been considered a role model to many women, given her strong and empowering roles.

Techfest is a great platform for Taapsee Pannu to take this message forward and speaking about the same, the actress said, ''I have never understood why mensuration has always been such a hushed topic and always has code words to address it or talk about it. Probably that's one of the reasons why the sanitary health of women could not really improve because discussing about it freely was a taboo. It's a natural and extremely critical aspect of womanhood which surely needs to be discussed and addressed so people understand it better. Delighted to see the students of IIT Bombay are working in this direction and extremely happy to extend my support for the same.”

As on the work front, Taapsee Pannu is gearing up for the release of Judwaa 2 which is slated to hit the big screen on September 29.  It features the actress as the leading lady along with Jacqueline Fernandez whereas the leading man Varun Dhawan will be seen in a double role in the film.