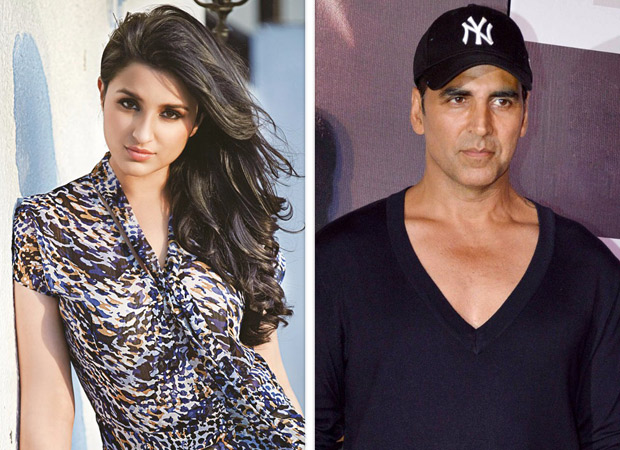 Parineeti Chopra had a great debut in 2011 with Ladies VS Ricky Bahl. Despite being just one of the four girls, Parineeti stole the thunder from everyone and was inundated with praises and best debutant awards. She followed it up with some great performances in films like Ishaqzaade, Shuddh Desi Romance and Hasee Toh Phasee. But then she delivered two back-to-back flops – Daawat-E-Ishq and Kill Dil. She then took a sabbatical and made a comeback almost 2 ½ years later with Meri Pyaari Bindu. But even that didn’t work much. Finally, the Diwali release Golmaal Again brought cheer and the much needed hit in her life.

That’s not all. She already has two exciting films in her kitty – acclaimed director Dibakar Banerjee’s Sandeep Aur Pinky Faraar, co-starring Ishaqzaade co-star Arjun Kapoor, and Vipul Shah’s Namastey Canada, also starring Arjun. And now, reports claim that she has bagged one more film and it arguably would be the biggest project of her career. The film in question is Kesari, starring Akshay Kumar and produced by Dharma Productions. It is expected to be one of the biggest films of 2019 and it’s based on the significant Battle of Saragarhi. Earlier, Salman Khan was also a part of the project but he backed out for unknown reasons. It is directed by acclaimed Punjabi director Anurag Singh. With his massy storytelling and stunning action and VFX shots, Kesari can prove to be a bigger hit than Golmaal Again for Parineeti.

Kesari will release in the Holi weekend of 2019.