Irrfan Khan, who was last seen in Blackmail, is currently being treated for neuroendocrine tumour in London. Ever since his diagnosis, he has been away from the limelight. But, recently he has been taking to his social media to interact and keep the audience updated on his health. Earlier this week, he thanked IIFA and the audience for being with him on his journey after he was awarded in the Best Performance in a Leading Role (Male) for Hindi Medium. Shraddha Kapoor, his Haider co-star, accepted the award on his behalf. 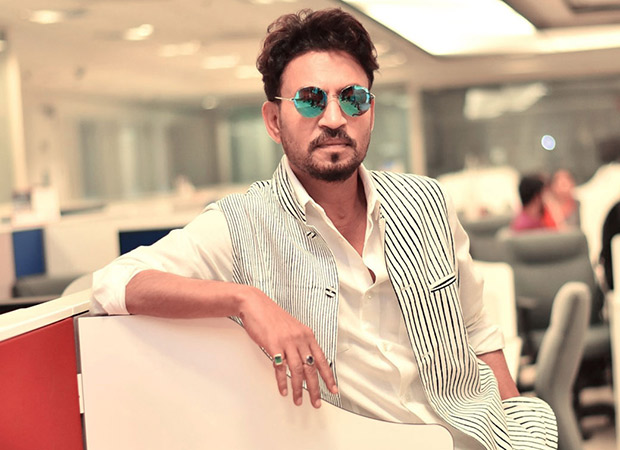 On Tuesday, Irrfan Khan took to his Twitter handle to thank everyone for the support. “Thank you to @IIFA and our audience who have been part for my journey #IIFA2018," he wrote. The actor recently opened up about the tumultuous journey with an open letter in a leading daily.

On the work front, Irrfan Khan will be next seen in Karwaan. Directed by Akarsh Khurana, it marks the Bollywood debut of South sensation Dulquer Salmaan and Mithila Palkar. The film follows Dulquer’s character Avinash who is forced to take a trip from Bangalore to Kochi. His friend, Shaukat, played by Irrfan, accompanies him. While Avinash is reserved, Shaukat is a tad old school with a funny take on life. En route they pick up Mithila, a spunky teenager, and the road trip becomes even more enlightening. It revolves around three oddballs from different walks of life who are thrown together on a somewhat bizarre journey which helps them find normalcy in their lives.

Produced by Screwvala's creative production house RSVP in association with Ishka films, Karwaan is slated to release on August 3, 2018.