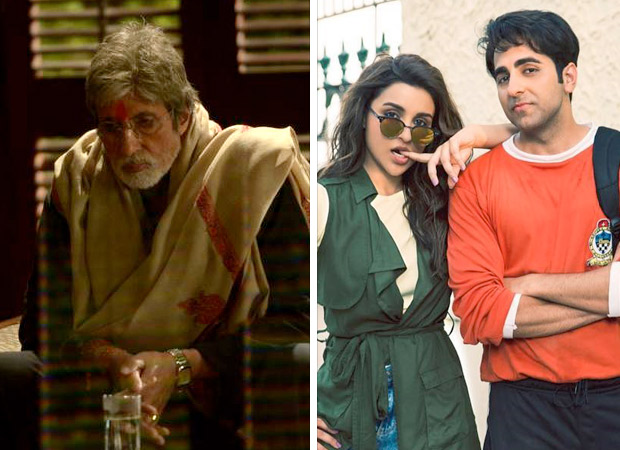 Would Ram Gopal Varma and Parineeti Chopra be able to make that comeback that they were hoping to this week? Ram Gopal Varma hasn’t had a hit since Sarkar Raj in 2008. He is looking at the third Sarkar film as his comeback ticket into Bollywood. However theatre chains are not likely to welcome Varma’s successful franchise as enthusiastically as expected.

A representative of a leading multiplex chain from Mumbai says, “Sarkar 3 would have got much better screen space without the Baahubali factor. Right now, we are not inclined to remove Baahubali from any shows.”

Apparently Yash Raj films cut a deal with the multiplex chains for a decent number of screens to be given to their Friday release Meri Pyari Bindu. “Yash Raj had foreseen the roadblock posed for new releases by the Baahubali juggernaut. They therefore reserved their screens from long before the release of Baahubali 2: The Conclusion which the multiplex theatres would now have to allot, regardless of the Baahubali craze. So if any other film gets any space this week it’s Meri Pyaari Bindu,” says an informed trade source

Plus there is the big Hollywood franchise Alien: Covenant, the latest in Ridley Scott’s Alien series, being released by Fox-Star which gets a scattering of theatres as it is being dubbed in Hindi Tamil and Telugu. So trade pundits feel Sarkar 3 is likely to be the fourth choice of moviegoers’ this week after Baahubali 2, Alien: Covenant and Meri Pyaari Bindu.

Says trade analyst Atul Mohan, “The way Bahubali mania has gripped the nation I think in the third week also it would be the first choice of multiplexes owners .They would rather give Baahubali preference than this week’s new releases. It’s better to place bets on a horse which is winning the race than on dark horse because you never how dark the untried horse is. Moreover the multiplex chains will benefit more from Baahubali if they continue it in the third week as their share percentage increases.”