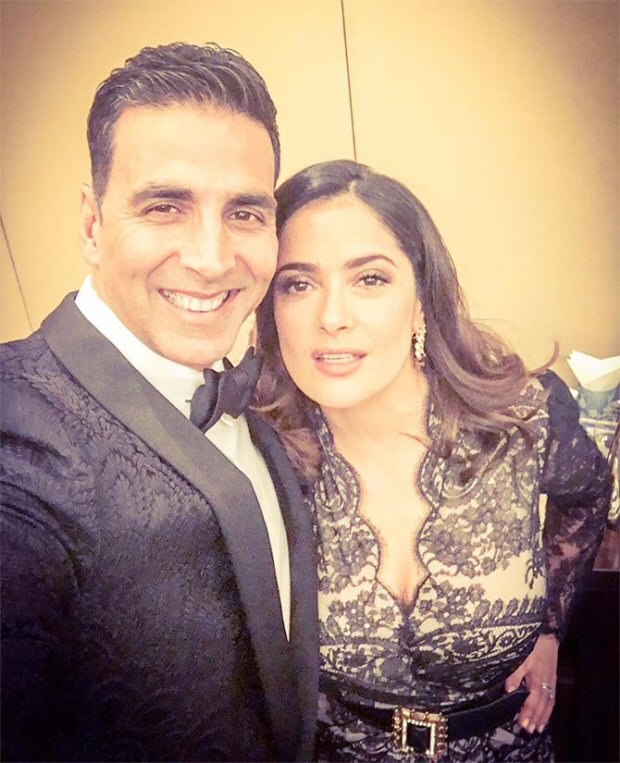 Akshay Kumar and Bhumi Pednekar starrer Toilet- Ek Prem Katha made its way to the big screen on Friday. While Akshay Kumar's Bollywood colleagues have been actively promoting his film, the actor won good wishes from a Hollywood star.

Hollywood star Salma Hayek, who works for the issues revolving around the empowerment of women, sent her best wishes to Akshay Kumar for his film as it revolves around the issue of open defecation and hygiene.

Good luck to @akshaykumar on @ToiletTheFilm out today! End #OpenDefecation now! No woman should fear going to the toilet! #ToiletEkPremKatha

Akshay Kumar, who had met Salma Hayek last year in Dubai at the Global Teachers Prize 2016, thanked the actress for supporting his film and the initiative.