Vidyut Jammwal has been signed for Kumar Mangat Pathak and Abhishek Pathak's romantic action thriller titled Khuda Hafiz. The film will be directed by Faruk Kabir who directed the critically acclaimed Naseeruddin Shah -Sharman Joshi film Allah Ke Bandey. The film based on true incidents will be shot in Morocco and Kerala and the shooting is all set to commence in July. The makers have also got on board an international action team to choreograph the action of the film. While Vidyut will be seen playing the lead, the casting of the female lead is underway. The film is scheduled to release in early 2020. 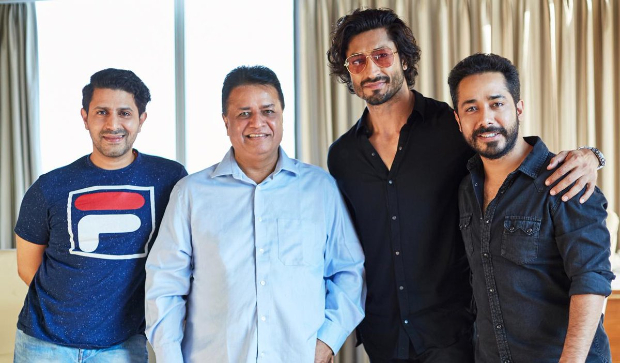 Vidyut Jammwal, who is all gung ho about the project, says, "I'm really excited about doing this romantic action film based on a real-life love story in a very contemporary setting. With incidents based on actual events, this could be one of the biggest and most memorable action thrillers of our time. Very proud to be part of such a great team to tell a truly gripping tale."

Abhishek Pathak, who is known for backing films with great content like Pyaar Ka Punchnama franchise, Drishyam and Raid, is elated to produce this romantic action thriller which is inspired by true events. He states, “The romantic action thriller genre is always exciting and when a script in that genre is based on true events and has a solid emotional core you have all the elements in place, and with Faruk's vision and Vidyut doing what he does best, we are really excited about this one."

Director Faruk Kabir says, "I'm happy Kumarji, Abhishek and myself have come together to bring it to life now. It's a subject that's been researched and written over 9 months. Vidyut and me are attempting something here that neither of us have done before. So we will keep our feet on the ground, our vision to the skies and hopefully surprise the audience by giving them more than they expected."

ALSO READ: “I didn’t realise that I was risking my life” – Vidyut Jammwal talks about DEADLY ACTION in Junglee