Bollywood Hungama had earlier reported that Viacom18 has joined the team of the upcoming film Fighter as a studio partner in association with Siddharth Anand’s banner Marflix. Viacom18 made the official announcement of the same on Twitter on Thursday. 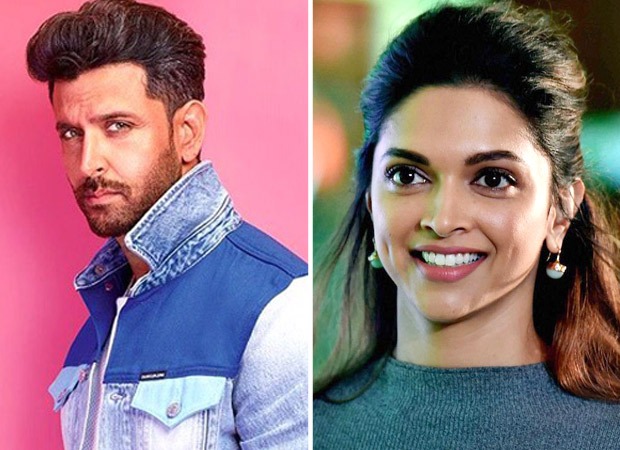 Directed by Siddharth Anand, the film will star Hrithik Roshan and Deepika Padukone. Viacom18 took to their social media handle to share a video while making the official announcement. "After a decade of entertaining you with hits that are close to your heart, we are all set to up the ante of your cinematic experience! Get ready to witness India’s first aerial action franchise #Fighter with @iHrithik and @deepikapadukone," they tweeted.

After a decade of entertaining you with hits that are close to your heart, we are all set to up the ante of your cinematic experience! Get ready to witness India’s first aerial action franchise #Fighter with @iHrithik and @deepikapadukone pic.twitter.com/r1eP89IkI8

Speaking about the project, Ajit Andhare, COO, Viacom18 Studios, said, "An aerial action film offers a unique Cinematic experience. Its never been done in India. Being a Top Gun fan, I have been looking for a script for years that explores aerial action and has a story rooted in India. Fighter is that answer. Siddharth understands this genre & brings a unique flair to his films. I am excited to collaborate with him in building this franchise."

Siddharth Anand added, "Fighter is a dream project, and I am glad to have someone with Ajit’s vision to be partnering with me. With this film, we aim to put Indian films on the map for action-loving global theatrical audiences who crave for spectacle and the big screen experience."

Designed for a global audience Fighter will see the latest technology and filming techniques. The film is expected to be shot at locations across the world, but the story is truly Indian that salutes the valour, sacrifice, and patriotism of our armed forces.

Fighter will be produced under Marflix banner with Viacom18 as the studio partner. Reportedly, it is a blanket deal and the studio has a stake in almost all rights including theatrical to digital to the satellite. It is said to be the biggest deal in the post-pandemic world in terms of finances.

The film will see Hrithik play the role of an air force officer for the first time in his career. The film will see a pan India release. The film which is originally being made in Hindi language will also be released in Tamil, Telugu, and Malayalam languages too.

The film is likely to kickstart somewhere in 2022 after Hrithik wraps up Vikram Vedha and The Night Manager and Deepika wraps up Pathan and The Intern.