They say, what one can do well, two can do even better. Perhaps with that maxim in mind, veteran producers Anand Pandit and Ajay Kapoor have announced a powerful, creative collaboration that is being described as potentially gamechanging. This new joint venture will co-create a series of exciting, big-budget film projects, as well as content for OTT platforms some of which will be revealed in 2021. 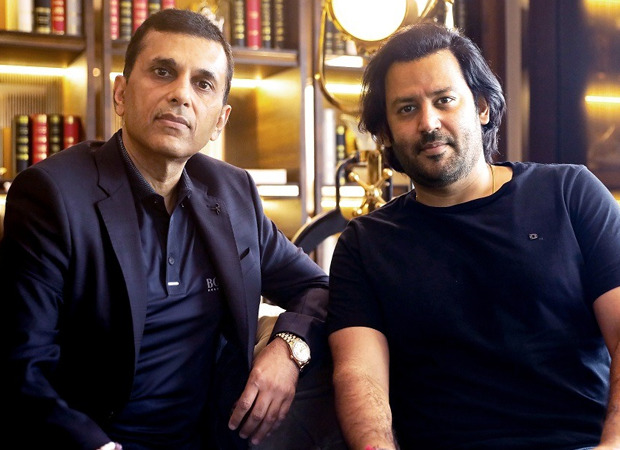 Anand Pandit is currently giving final touches to his eagerly awaited forthcoming films, The Big Bull with Abhishek Bachchan, and Chehre with Amitabh Bachchan and Emraan Hashmi. In the past six years, Anand Pandit has been a successful force in around 16 films.

Pandit says, "This new collaboration marks a new chapter for us both. I have known Ajay and seen his work closely and have always sensed a kinship that goes beyond occasional interactions. He and I are very similar in our approach towards cinema. We love entertaining people and creating films that help people forget their problems for a few hours at least but also give them a fresh perspective. We love crossing genres and I look forward to making films with Ajay that the audiences will love and we both will be very proud of.”

Also an industry veteran having been associated with around 35 films in his previous avatars, producer Ajay Kapoor, has gone on to produce films like Pari starring Anushka Sharma, Baazaar starring Saif Ali Khan, Parmanu and Romeo Akbar Walter with John Abraham and Pataakha. He is currently wrapping up another John Abraham film, Attack.

Kapoor says, “What this partnership will bring to the table is hopefully unprecedented. As is obvious from our combined filmography, we like to cover quite a few creative zones and we intend to transcend some more as we come together in earnest and combine entertainment with great, invigorating content. We are both on the lookout for great content and fresh talent. We like to dabble with regional cinema and with our vast body of work I am sure we are going to spring quite a few surprises, so watch out for us!”

Pandit adds, "The pandemic is an opportunity to grow and make the most of our resources, both creative and personal. And Ajay and I intend to do just that together."