Akshay Kumar is all geared up to begin work on his next film Bellbottom. And now the leading lady opposite him has been signed for the film. News is that actress Vaani Kapoor has been signed as Akshay Kumar’s leading lady in Bellbottom. She was last seen in the biggest blockbuster of 2019, War, along with Hrithik Roshan and Tiger Shroff. Even though her role was a small one, Vaani’s role was the catalyst in the plot. As for Bellbottom, Vaani Kapoor will be seen playing the role of Akshay Kumar’s wife which will be a pivotal one. 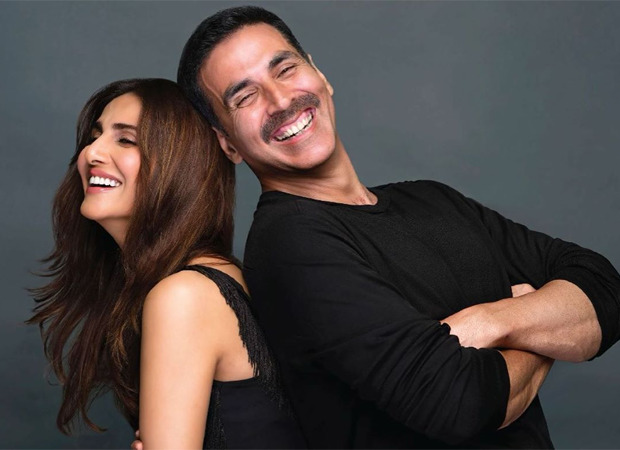 The film is set in the 80s and it looks like the team is ready to kick-start the project. Vaani took to her Instagram to share a couple of pictures with Akshay Kumar as they looked absolutely dapper together. The caption reads, “Super Super Thrilled & Excited for this one !! Teaming up with the one & only @akshaykumar Sir Can't wait !!! #Bellbottom Let's get this started ❤️”

Producer Jackky Bhagnani says that the script made him choose a fresh pairing. “Vaani is an intelligent and effective actor and I have loved all her performances. The female lead in Bellbottom has to be in sync with Akshay Sir's screen persona. The role is meaty and I am confident that Vaani will ace this one.”

Sharing her excitement for the film, Vaani says, "I am excited to share the screen space with Akshay Sir. It is definitely a script I instantly clicked with and knew I wanted to be part of. I am also thrilled to partner with Pooja Entertainment who have already made me feel at home at this initial stage of our film. I’m eagerly waiting to start shooting Bellbottom."

Director Ranjit says, “Vaani’s character in the film is extremely intriguing. She has a certain flair and we’re all very excited to have her on board!”