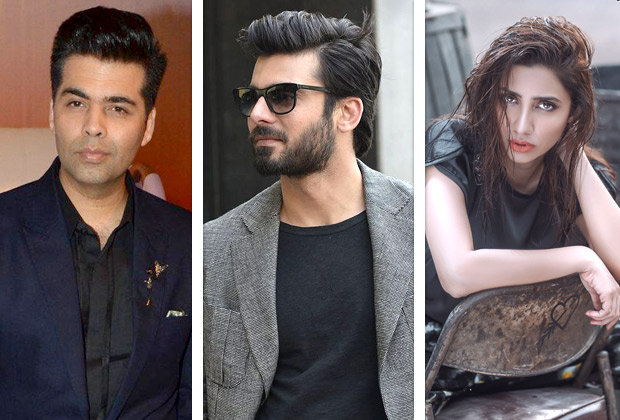 With Mumbai’s much-feared MNS issuing an ultimatum to all the Pakistani actors to clear out of Mumbai in 48 hours, a panic situation has been created, especially in Karan Johar’s production house, where there are two projects that would be immediately hit badly by the anti-Pakistan mood that has gripped India after the Uri massacre.

Karan Johar’s Ae Dil Hai Mushkil, which releases during Diwali, has been threatened with a ‘ban’ in Maharashtra by the MNS. And Karan Johar is not amused. This is not his first brush with political intervention. Earlier, his production, Wake Up Sid was pulled up for referring to Mumbai by its earlier name ‘Bombay’. And Karan’s My Name Is Khan got targeted because of its leading man Shah Rukh Khan’s controversial comments on cross-border relations.

This time, there is cause for exacerbated panic in Karan Johar’s production house. Not only is Fawad Khan starrer Ae Dil Hai Mushkil under threat, Karan also plans to start shooting his new Fawad-Katrina Kaif rom-com directed by debutant Aditya Dhar, in November.

Sources close to Karan Johar’s Dharma Productions say the Fawad-Katrina project is being re-considered in the light of the current political crisis between the two countries.

While Karan wisely refrained from comment, a friend of his said, “Karan has been encouraging and supporting Fawad. After the success of Kapoor & Sons, they’ve worked together in Ae Dil Hi Mushkil and are all set to start a new project. Karan also has another Pakistani actor Imran Abbas in Ae Dil Hai Mushkil. He is worried. But, he won’t give in to pressure tactics. At the most, the Fawad-Katrina project may be delayed.”

The other Bollywood biggie under the MNS scanner for its Pakistani presence is director Rahul Dholakia’s Raees, the Shah Rukh Khan starrer, to be released in January 2017 which features Pakistan’s actress Mahira Khan opposite Shah Rukh Khan. The film, produced by Farhan Akhtar and Ritesh Sidhwani, is part of MNS’ patriotic ‘wrath yatra’.

While none from the Raees team, including director Rahul Dholakia is willing to speak on-record, a source close to the production team says they are hoping for a swift closure to the anger directed at Pakistani artistes.

“They (the Pakistani artistes in India) are hardworking, charming and talented. Pakistani singers like Atif Aslam and Rahat Fateh Ali Khan are very popular in India. Fawad is a heart-throb. When they are accepted by the Indian audience, how can they be stopped?” asks a source from the Raees’ team.

Frequent fliers to Pakistan from the Mumbai film industry who have vocally championed the cause of cultural ties between the two countries, are studiously silent over the current political-diplomatic crisis. Off the record, one of them described the demand to ban Pakistani artistes in Bollywood as ‘insane’.

“You can’t stop the flow of artistes just because there is trouble on the political level. No one is holding a gun to the forehead to sign Fawad Khan or Ali Zafar. They are working in Bollywood because they are welcomed,” says the source.

However, another top-notch producer, known to make insanely big-budgeted blockbusters, says he would never work with Pakistani artistes. “Twice, I’ve been tempted to sign Fawad Khan. But, who wants trouble?” he shudders.