Filmmaker Rakeysh Omprakash Mehra and Farhan Akhtar finally kick-started the shoot of their upcoming movie Toofan on the special occasion of Janmashtami earlier last month. Farhan and Mehra are reuniting after Bhaag Milkha Bhaag. While the actor has been working hard and training for months to get into shape for the role, he has been sharing his journey on social media. This morning, the actor finally announced the release date along with the first look. 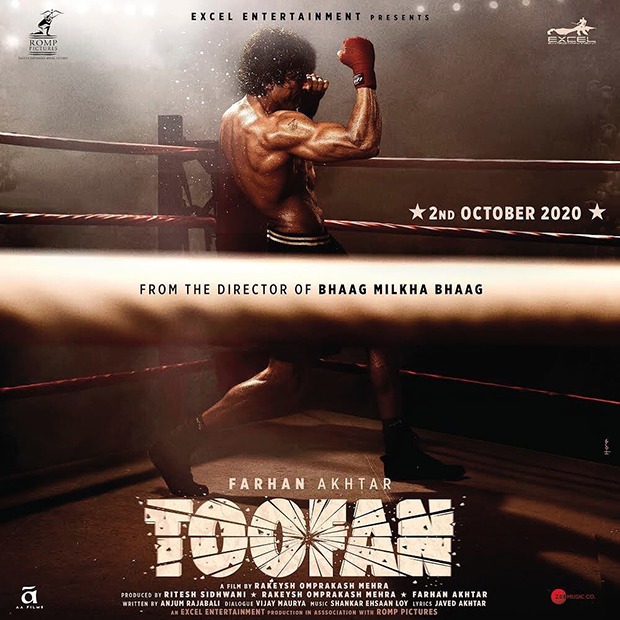 In the first look, Farhan Akhtar is all beefed up in this shirtless photo whilst getting ready for a match in a boxing ring. Along with the look, he also announced that Toofan will release on Gandhi Jayanti, October 2, 2020. “Toofan Uthega!! FIRST LOOK! #TOOFAN releasing 2nd October 2020!! ,” he captioned his post.

As of now, Farhan Akhtar is gearing up for his upcoming movie, The Sky Is Pink where the actor will be sharing the screen with Priyanka Chopra with whom he has also worked in Dil Dhadakne Do and directed her in Don 3. Directed by Shonali Bose, the film also stars Zaira Wasim and Rohit Saraf and it is slated to release on October 11, 2019.