Aamir Khan - Amitabh Bachchan starrer Thugs Of Hindostan continues to surprise us with its grandeur. While it is definitely commendable to have Aamir and Amitabh share screen space for the first time, the massiveness of it has only further increased with the kind of elaborate sets that the makers have been constructing for the film. While it has been in the making for a while, there is yet another update about this period drama. 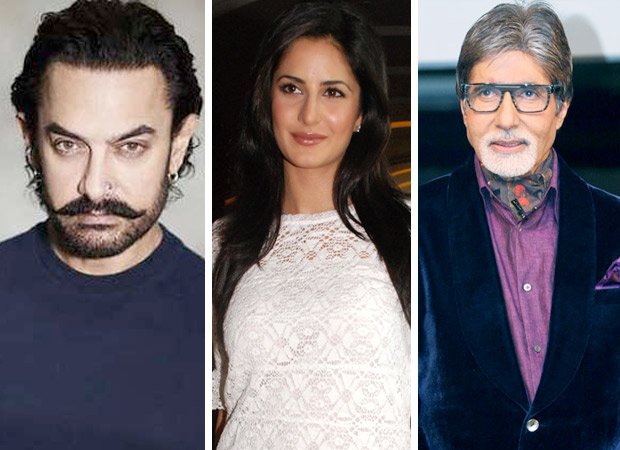 Considered as Yash Raj Films’ mega action adventure, two massive ships weighing over 2 lakh kgs have been built by over 1000 people for Thugs Of Hindostan.

“For this mega-action adventure, sea and ships play an integral part in the plot and both YRF and Aamir were sure that they would present to audiences the biggest spectacle that they have ever seen in Hindi cinema. YRF has constructed 2 mammoth sized ships that weigh 2 lakh kgs! It took over 1000 people including international designers and ship makers to work over 1 year to build these two ships! It will be a jaw-dropping experience for audiences to see these ships in action on the big screen,” said a source close to the project.

“It was a time-consuming process to build the 2 ships that were constructed off the coast of Malta. There isn’t any Bollywood film that has presented a film featuring ships in such a massive scale. It will be a huge cinematic moment for Indian cinema. The film will be releasing in IMAX and you can’t even imagine how this visual extravaganza will look on screen,” the source added.

“Director Viktor aka Vijay Krishna Acharya wanted to go the whole hog in terms of scale and create a truly amazing visual experience. Viktor has labored with international teams that have experience in working on Hollywood films to build these ships. Authenticity and aesthetics have both been kept in mind given the fact that the film is set in a period,” the informer said.

Thugs of Hindostan, that also stars Katrina Kaif, Fatima Sana Shaikh amongst others, is slated to release during Diwali this year.