Yash Raj Films’ Thugs of Hindostan promises to be a larger than life, never seen before visual and cinematic experience that will make India proud. Having pulled off an incredible casting coup by bringing together two of the biggest legends of Indian cinema - Amitabh Bachchan and Aamir Khan on screen for the first time, the team is being made with a no holds barred approach to deliver a sensational visual experience of global standards. To capture the bigness of scale that audiences will be privy to when the film releases this Diwali, YRF has bent editing rules by editing Thugs of Hindostan in its preview theatre! 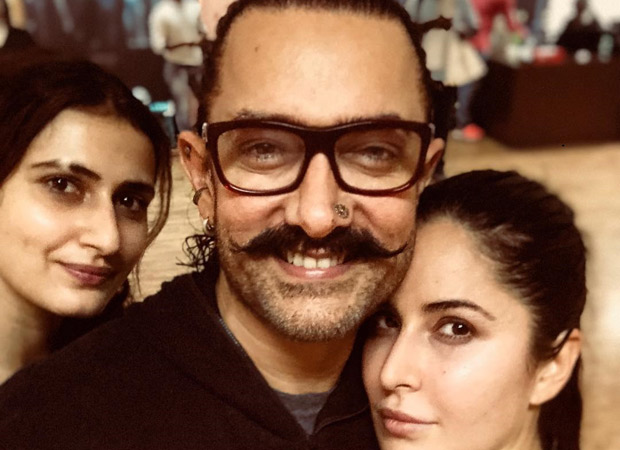 “Aamir, Adi and director Viktor want to give Indian audiences the biggest visual spectacle of all time and they are going the distance to ensure they deliver a jaw-dropping big screen experience. They are editing the film in the massive preview theatre of YRF so that they can gauge how the footage is looking on the big screen. It is an extremely novel but also a very logical move on the part of YRF. They will lock the edit of the film on the big screen and not on the small monitors where films are generally edited and seen,” says a production source.

Thugs of Hindostan is the most anticipated release of this year and is being dubbed as the biggest film produced by Bollywood ever. It also stars Katrina Kaif, who is set to look her gorgeous best and Fatima Sana Shaikh (of Dangal fame) in an extremely strong role.

Director Vijay Krishna Acharya confirmed the story saying, “It is true we have changed the mechanics of film editing and are working out of the preview theatre to ensure we cut a film that’s truly larger-than-life and has a huge immersive viewing experience.”

Thugs of Hindostan is a fantasy action-adventure with the word visual extravaganza stamped all over it. The film is set to release worldwide, this Diwali.