Apart from releasing in India a day before the US, Marvel Studios’ Thor: Love and Thunder will also have shows running 96 hours straight for 4 days starting 7 July! The movie will run across select theatres day and night for 4 days i.e., 96 hours continuously, starting 12:15 AM on July 7 to 23:59 on July 10! So, gear up for the biggest MCU blockbuster this year with Marvel Studios’ big-ticket cosmic adventure Thor: Love and Thunder releasing in the Indian theatres on July 7. 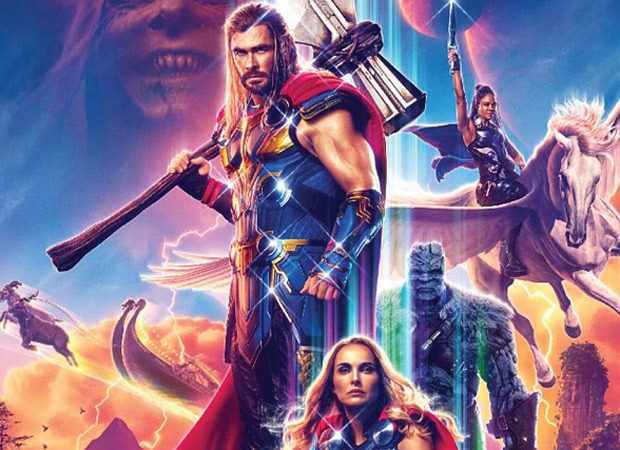 The film finds Thor (Chris Hemsworth) on a journey, unlike anything he’s ever faced — a search for self-discovery. But his retirement is interrupted by a galactic killer known as Gorr the God Butcher (Christian Bale), who seeks the extinction of the gods. To combat the threat, Thor enlists the help of King Valkyrie (Tessa Thompson), Korg (Taika Waititi), and ex-girlfriend Jane Foster (Natalie Portman), who — to Thor’s surprise — inexplicably wields his magical hammer, Mjolnir, as the Mighty Thor. Together, they embark upon a harrowing cosmic adventure to uncover the mystery of the God Butcher’s vengeance and stop him before it’s too late.

Marvel Studios’ Thor: Love and Thunder will release in India on 7th July (a day before the US release) in 6 languages English, Hindi, Tamil, Telugu, Malayalam, and Kannada.

ALSO READ: Chris Hemsworth says naked butt scene in Thor: Love and Thunder was a “dream” – “It was 10 years in the making”