In June, filmmaker Ram Gopal Varma had announced his next film titled Murder. However, a Telangana court on Monday restrained the filmmaker from going ahead with the production of the film till the completion of probe into the incident of honour killing in which the film is based. The film is based on a caste killing that took place in 2018 in Telangana's Miryalaguda. Pranay Kumar was murdered allegedly by his wife Amrutha's father Maruti Rao and uncle Shravan Kumar. 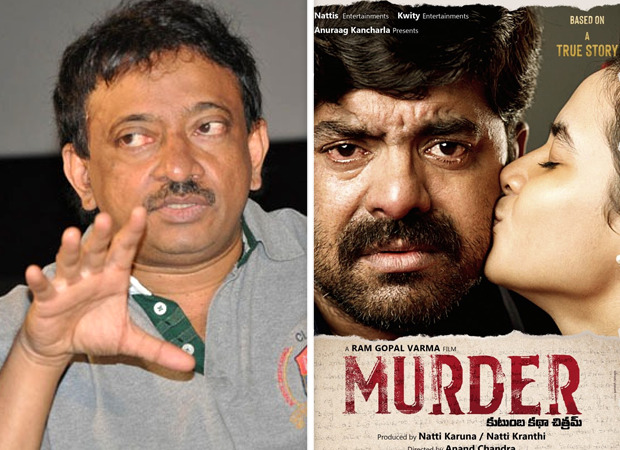 The court passed the interim order based on a petition filed by P Balaswamy, whose son Pranay was murdered in 2018. In June, Balsawamy approached the court seeking a ban on the film on the grounds that it could mislead the investigations into the case. Later on the direction of the court, the police in Miryalaguda town had filed a case against Varma.

Following the complaint, Ram Gopal Varma had taken to twitter and in a series of tweets defended himself. Sharing the poster of the film, he wrote, "With regard to media speculations on the case filed on my film MURDER ,I once again want to reiterate that my film is based and inspired from a true incident and it is not the truth ..Also there’s no mention of anyone’s caste in the film."

"With regard to the case filed on the basis of uninformed speculations,our advocates will give an appropriate reply as required by law," he further wrote.

"I specifically mentioned that I have no intention to demean or degrade anyone and my film is just a creative work based on a subject which is in the public domain ..But as a citizen who respects the law i too will proceed legally to protect my fundamental rights," he added.

ALSO READ: Watch: Ram Gopal Varma slams media trial of Rhea Chakraborty; says no one cares whether she is guilty or not