Last Updated 30.09.2022 | 11:53 PM IST
feedback language
follow us on
Bollywood Hungama » News » Bollywood News » “Sushmita Sen is the last person who checks out bank balances before she decides to fall in love with someone” – says Vikram Bhatt

A few days ago, businessman Lalit Modi took the internet by storm by announcing actor Sushmita Sen as his 'better half'. He shared several pictures with the actress on his official social media accounts and announced that they are dating. But, Sushmita Sen has been getting trolled on the internet, being called a gold digger and the sexism is through the roof. The actor has found support in filmmaker Vikram Bhatt, who dated Sen in 1996 after shooting for her debut film Dastak. 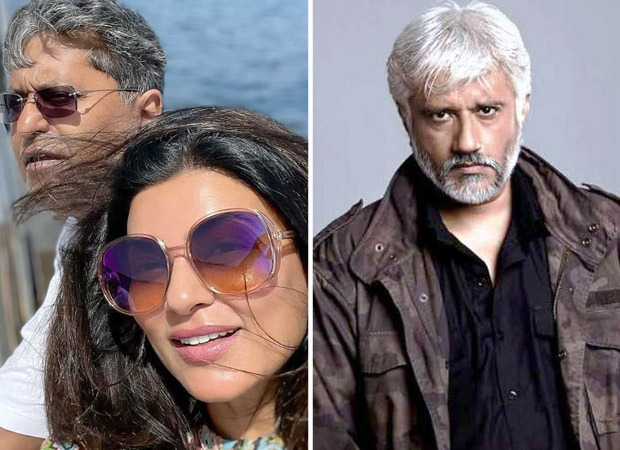 Speaking to India Today, Vikram Bhatt said, “Sushmita is the last person who checks out bank balances before she decides to fall in love with someone. I was penniless. I was directing Ghulam, but I had no money. I will not forget that Sushmita was the person who first took me to the US, and she paid for my trip. I had no money. When we reached Los Angeles and there was a limousine, and I was surprised. She said that she wanted to make my entry in the US very special."

He added, “I think making fun of other people’s life is entertainment. Someone’s tragedy is someone’s entertainment, that’s always there. When Kareena [Kapoor] married Saif [Ali Khan], even she was trolled. So, I think it goes with the territory, if you are a celebrity and if there is a decision of yours which seems funny to netizens, they start trolling."

Vikram Bhatt also shared that even though he hasn't been n touch with Sushmita Sen, he will stand up for her. “Look at her life, she has lived life on our own terms. If she wanted, she could have been the number one actress, but she never bowed down to any kind of industry. She never sucked up to anyone and she never became the actor’s girlfriend," the filmmaker concluded.

After seeing the trolling on social media, Sushmita had taken to her Instagram on Sunday to call out people for slamming her and monetising her life. Sharing a picture in a black swimsuit from her Maldives vacation, Sushmita Sen wrote, “Perfectly centred in my being & my conscience…I love how nature merges all it’s creation to experience oneness…and just how divided we are, when we break that balance. It’s heartbreaking to see just how miserable & unhappy the world around us is becoming. The so called intellectuals with their idiosyncrasies….the ignorant with their cheap & at times funny gossip. The friends I never had & the acquaintances I’ve never met….all sharing their grand opinions & deep knowledge of my life & character…monetising the ‘Gold Digger’ all the way!!! Ah these geniuses!!!”

She further wrote, “I dig deeper than Gold…and I’ve always (famously) preferred Diamonds! And yes I still buy them myself. I love the all heart support my well wishers & loved ones continue to extend. Please know, your Sush is ABSOLUTELY fine.. cause I’ve never lived on the transient borrowed light of approval & applause. I am the Sun….perfectly Centred in my being & my conscience!”

On the work front, Sushmita Sen will return with the third season of Aarya on Disney+ Hotstar.

ALSO READ: Sushmita Sen slams people for calling her a gold-digger for dating Lalit Modi: ‘I prefer diamonds, and buy them myself’