Sushant Singh Rajput and Sanjana Sanghi starrer Kizie Aur Manny has been in headlines due to the #MeToo allegations against Mukesh Chhabra. While the director was cleared off by the production company, he returned to the sets to resume the shooting. Now, another change has been made to the film as it got a new title Dil Bechara. 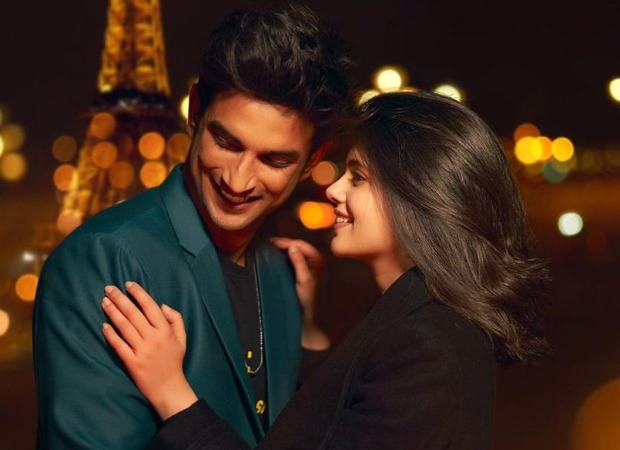 The makers released a new photo of Sushant Singh Rajput and Sanjana Sanghi's characters looking very much in love. Caught in a candid romantic moment, it is a glimpse into this romantic drama. The makers have also shifted the name from Kizie Aur Manny to Dil Bechara.

Dil Bechara, produced by Fox Star Studios, is a Hindi remake of The Fault in our Stars that released in 2014. The film revolved around Hazel (Shailene Woodley), a 16-year-old cancer patient, who is forced by her parents to attend a support group, where she meets and falls in love with another cancer patient, Augustus (Ansel Elgort).