After Enforcement Directorate (ED) rejected her request to deter, Rhea Chakraborty appeared before ED on August 7, 2020, after she was summoned in connection with the money laundering case. Rhea Chakraborty's lawyer Satish Maneshinde said that she is a law-abiding citizen. Since the ED informed media that the request to postpone the attendance was rejected, she appeared at the appointed time and date. 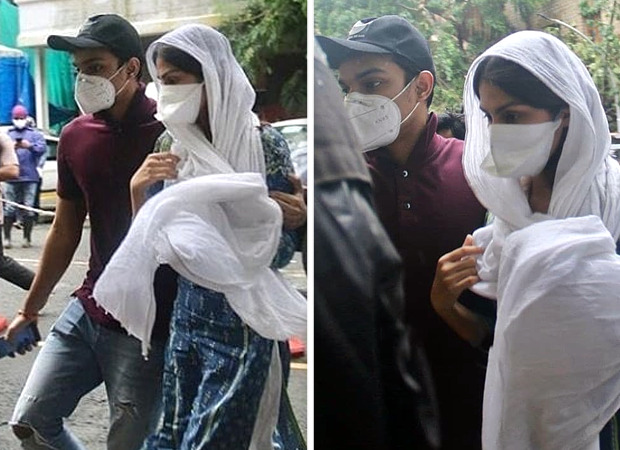 CBI has registered a case against Rhea Chakraborty and five others after the case was handed over to them. The actress had filed a petition in the apex court in order to transfer her case to Mumbai from Patna after Sushant’s father KK Singh registered an FIR with Bihar Police with charges levelled against her – abetment to suicide. The next hearing will take place next week.

#RheaChakraborty reaches the ED office after being summoned in the #SushantSinghRajputCase

The Central Bureau Of Investigation (CBI), on August 6, registered an FIR against six people including Sushant Singh Rajput’s girlfriend Rhea Chakraborty. The others named are Rhea's brother Showik Chakraborty, father Indrajit Chakraborty, mother Sandhya Chakraborty, Sushant's house manager Samuel Miranda and Shruti Modi. The charges leveled against the six of them are abetment to suicide, criminal conspiracy, theft, cheating, intimidation, wrongful restraint, or confinement, among others.