Sunny Deol may not be seen much in public, but the actor is busy with his films. However, one place to spot him eventually is near his preview theatre in the Mumbai suburbs. In fact, recently Sunny was spotted in Juhu along with his new set of wheels in the form of the Land Rover Defender, which comes with a price tag of well over Rs. 1 cr. 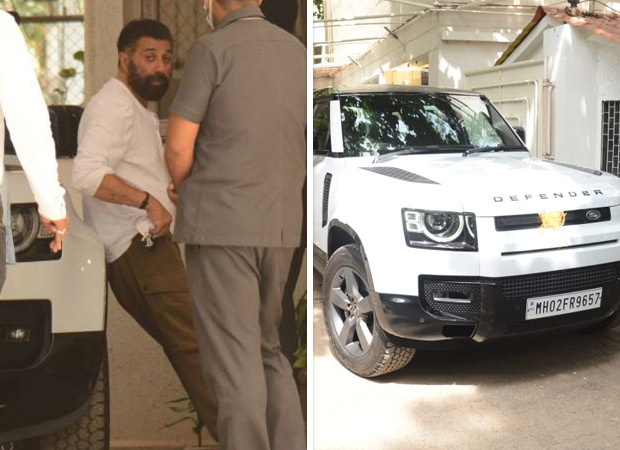 Sunny Deol snapped with his new Land Rover Defender worth over Rs. 1 cr!

While the exact model Sunny Deol owns is unknown the Defender comes with an engine option between a 2.0 L 4-cylinder, 3.0 L 6-cylinder, 3.0 L 6-cylinder diesel, and a 5.0 L V8. Featuring an 8-speed gearbox with All Wheel Drive and six driving modes, the vehicle makes for an intimidating visual on the road. As for in-car entertainment, the new Defender features a 10-inch touch screen display with a host of comforts for the users. While we have to admit that Sunny’s choice of cars cannot get better than this, we just have to get him to take us on a tour of his garage.

Back on the work front, Sunny Deol was last seen behind the camera as the director of the film Pal Pal Dil Ke Paas, and will next be seen in Gadar 2 and Apne 2.