Suniel Shetty is in a legal mess and the reason is ‘unnecessary meddling’ in daughter Athiya Shetty’s upcoming next, Motichoor Chaknachoor which also stars Nawazuddin Siddiqui in the lead role. Producer of the movie Rajesh Bhatia has a bone to pick with the veteran actor. Rajesh Bhatia of the Woodpecker Films has claimed that he gave work to Suniel’s ‘out of work’ daughter only because of their personal relations and now, he is dictating the edit of the film which is unfair. 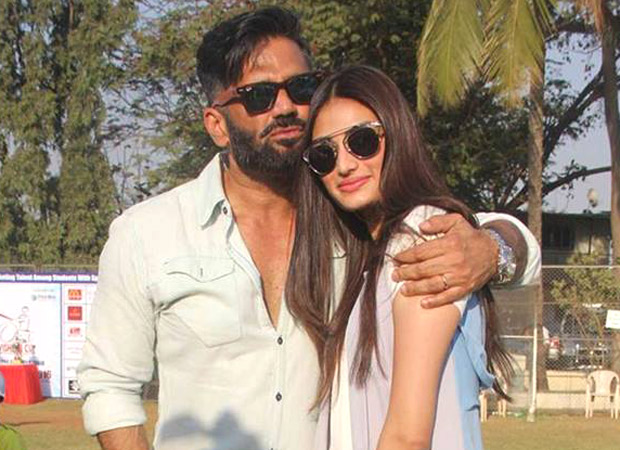 Advocates Ramesh and Kusum Jain have filed a notice against Shetty stating that only the producers at the Woopeckers Movies are authorized to make final decisions pertaining to the project. The notice reads: Suniel Shetty has no right, title and/or interest in the said film and has no capacity or any authority to either directly or indirectly discuss or take any decisions, negotiate, strategise or overlook the edit or in any manner interfere or be involved with the film Motichoor Chaknachoor or with its cast, crews, technical teams or coordinate with the studio involved with the film or its creative and marketing teams or post productions or any person connected or with the trade”.

There is a warning given at the end of the notice: “If done so, it shall be considered as trespassing and breach of confidentiality at its own risK, cost and consequences.”

Suniel Shetty claimed that he would respond to these allegations at the right time.