Multitalented hero Suniel Shetty opened up when questioned about the dating rumors of his daughter Athiya and cricketer KL Rahul. The actor was frank enough and said that he loves to see them together and they make a cute pair. The couple are often seen sharing romantic pictures with each other on their respective Instagram handles and have always been cautious when it came to accepting their relationship. Suniel has come across as a cool father and seems to have approved of their relationship. He refrained from divulging any more details but praised Athiya and K L Rahul's eyewear ad, terming them as a 'good-looking couple'. 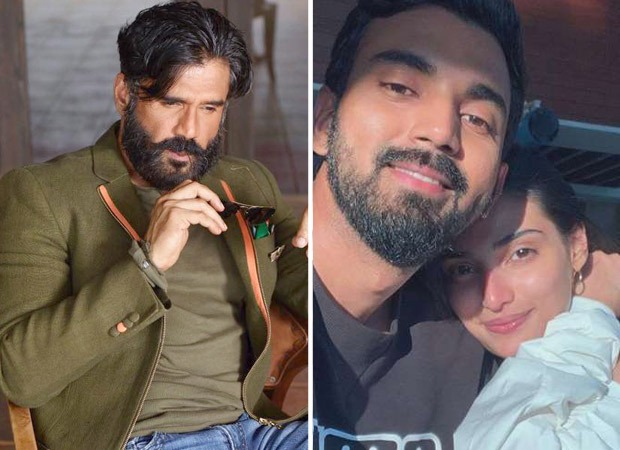 The alleged couple are said to be in London but have not uploaded any pictures on their social media handle. When asked about her daughter holidaying with the ace cricketer Suniel said that Athiya has gone with her baby brother Ahan to have a brother-sister outing in London.

In fact, K L Rahul was heard referring to Athiya Shetty as his companion before he left with the Indian cricket team for the World Test Championship Final in England. Athiya Shetty was last seen in movies like Hero, Mubarakan, Nawabzaade and Motichoor Chaknachoor. She is in talks to star in footballer Afshan Ashiq's biopic film, Hope Solo.

Also Read: Karisma Kapoor reveals what a big mischief maker Suniel Shetty is during her stint on Indian Idol 12