Actress Karisma Kapoor who will be the special guest on Indian Idol 12 this weekend spoke about her co-star of many films, Suniel Shetty. She revealed that he is a complete prankster and often made mischiefs and jokes on the sets while shooting. While the 90s diva made her appearance on the show she was asked to narrate some funny incidents and memories she had during her career. The show’s host Aditya Narayan and Karishma had a fun conversation during which she revealed that Suniel Shetty, Akshay Kumar and Aamir Khan are one of the huge pranksters. 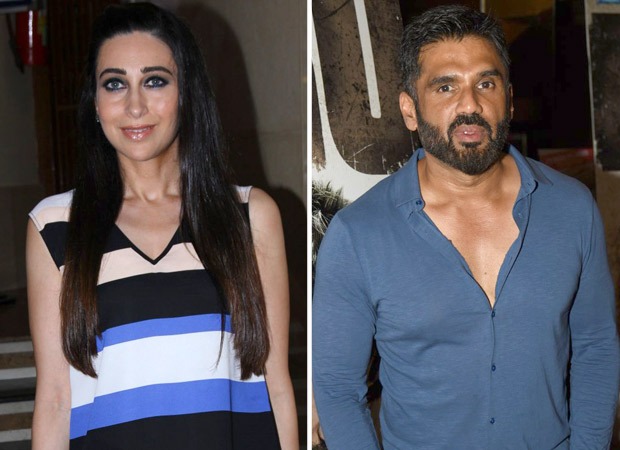 Even though she named the 3 stars, Suniel ranked on top of her list because he had made a fool of Karishma twice during their shoot. She then went on to reveal a funny incident that occurred on the sets in Chennai where Suniel Shetty pranked Karishma by telling her own makeup artist to be some senior artist from south industry. She further reminiscences the second prank and said once two men started fighting on the road with knives and when she started crying only then did Suniel reveal it to be a joke.

The 90’s queen who ruled the hearts of many is speculated to turn producer for the OTT platform with her sister and actress Kareena Kapoor Khan. Karishma has been a part of some amazing movies like Dil To Pagal Hai, Hero No. 1, Zubeidaa, Fiza, Raja Hindustani, Biwi No.1, Hum Saath-Saath Hain and Andaz Apna Apna.

Scoop: Alia Bhatt to feature in a Rs. 3…

Nikhil Advani’s The Moghuls is now The…