Saint Teresa, which once housed students played by Alia Bhatt, Varun Dhawan and Sidharth Malhotra, has reopened for a new semester. This time around, its prominent students are Tiger Shroff, and newcomers Ananya Panday and Tara Sutaria. As the name suggests, Student Of The Year 2 revolves around a contest that tests students’ abilities in different activities. While the first outing was helmed by Karan Johar, the upcoming instalment has Punit Malhotra as its director. 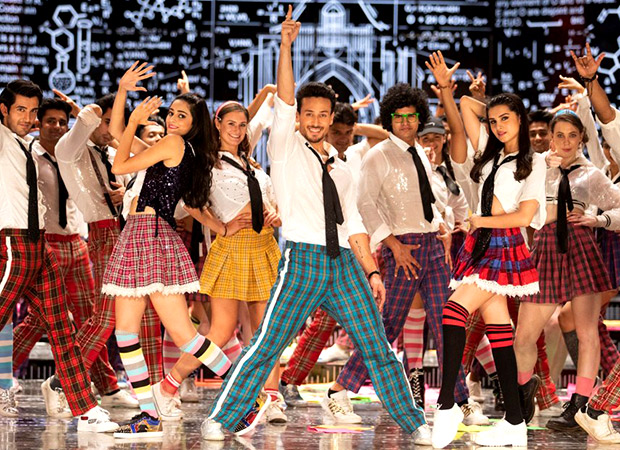 After a fun-filled trailer launch last week, the team of the film is gearing up to unveil the first song from the album, today. Titled Yeh Jawaani Hai Deewani, it’s a redux version of the classic track from Randhir Kapoor-Jaya Bachchan’s Jawani Diwani (1972). While the original song was composed by RD Burman and sung by Kishore Kumar, the new version has been created by Vishal-Shekhar.

Punit says, “Vishal-Shekhar are huge RD Burman fans and they were very excited to work on this song. We acquired it with some effort and when we started working on it, we knew that we were working on something that enjoys cult status. The composers have done their best to ensure that the song retains its original flavour. Hence, we’ve retained Kishoreda’s original rendition and introduced new lyrics for the girls.”

He adds, “We had a huge responsibility, as we were taking Karan’s franchise forward. There is a situation in the film where we could revisit the idea of using an old classic with a modern twist — like a dance ka tashan. And, we felt that nothing could be better than Yeh Jawaani Hai Deewani.”

While the song was shot in four-five days with choreographer Remo D’Souza, the actors rehearsed for it for several days in a row. “Tiger is such a stickler for perfection that he would make time for rehearsals even in the midst of long floor days. He’s brilliant and the girls also made it a point to match him step-for-step in the rest of the video,” says Punit.

Fox Star Studios presents a Dharma Productions film, Student Of The Year 2. Produced by Hiroo Yash Johar, Karan Johar and Apoorva Mehta, it releases on May 10.