After giving the much successful Baahubali, SS Rajamouli was keen on taking the multi starrer genre to another film with the film RRR. The film will be starring superstars Ram Charan and Junior NTR. After completing the first schedule of the same, the team is all set to kick off the next schedule. 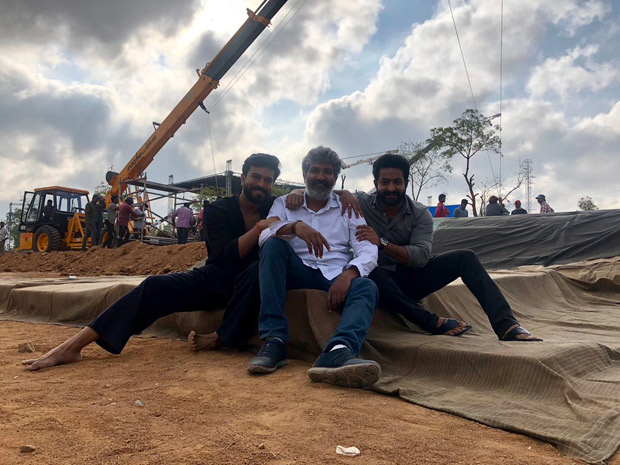 The second schedule of RRR, which is one of the most talked about films down South, has reportedly began today. The film went on floors in November last year in the presence of the most prominent names in the South Indian Film Industry like Prabhas, Rana Daggubati, Kalyan Ram, Koratala Siva, Boyapati Srinu, Vamshi Paidipally, Venky Atluri, Suresh Babu, Allu Aravind, Shobu Yarlagadda, KL Narayana and Shyam Prasad Reddy amongst others.

A source close to the film said, “After the massive success of the Baahubali franchise, SS Rajamouli is helming yet another multi-lingual film which is being touted as National Cinemas most ambitious project. With the film, the makers are leaving no stone unturned to present a cinematic experience surpassing the grandeur of S.S Rajamouli’s last outing Baahubali: The Conclusion. Announcing the second schedule, the makers took to social media to share, "Back on the sets! The second schedule starts, today. #RRR @tarak9999 #RamCharan @ssrajamouli @dvvmovies @rrrmovie".

The dialogues of the film are written by Sai Madhav Burra and Madan Karky and editing will be done by National Award winning film editor Sreekar Prasad. S.S Rajamouli’s next will also reunite the dream team that worked on Baahubali series with celebrated names like Vijayendra Prasad who has penned the story, Costume designer Rama Rajamouli, VFX Supervisor V Srinivasa Mohan. The music is given by MM Keeravani and Production design is done by Sabu Cyril KK Senthil Kumar is the cinematographer. Presented by D. Parvathy, the film will be made under DVV Entertainment banner – DVV Danayya with screenplay and direction by S.S Rajamouli.