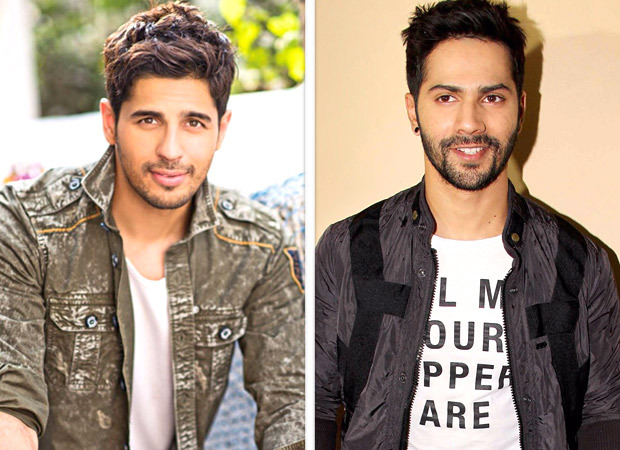 Before the fans of these two ‘students of the year’ get excited let us clarify that Sidharth Malhotra and Varun Dhawan are definitely coming together but not for the same film. In fact, the trailer of Sidharth Malhotra’s thriller film is actually going to be attached with Varun Dhawan starrer comic caper.

Readers may be aware that Varun Dhawan is gearing for his first dual role in Judwaa 2 which is slated for release on September 29. Now, according to recent reports, the trailer of Sonakshi Sinha and Sidharth Malhotra starrer Ittefaq too will be attached with the film. It will be a great moment for the two heroes who are said to share a great camaraderie with each other even in real life. For the uninitiated, Varun Dhawan and Sidharth Malhotra made their debut together in Karan Johar’s Student Of The Year in 2012.

On the other hand, yet another interesting fact is that both Judwaa 2 and Ittefaq are remakes. The out and out comedy featuring Varun Dhawan along with Jacqueline Fernandez and Taapsee Pannu is a remake of the 90s cult Salman Khan starrer Judwaa which also starred Karisma Kapoor and Rambha in lead roles. Both the films are directed by Varun’s father and popular filmmaker David Dhawan.

Talking about Ittefaq, it is produced by Dharma Productions and is directed by Abhay Chopra. The film is a remake of the 1969 classic thriller that starred Rajesh Khanna, Nanda, Madan Puri among others and was directed by renowned filmmaker Yash Chopra who is also Abhay’s uncle. The 2017 version stars Sonakshi Sinha, Akshaye Khanna in prominent roles besides Sidharth Malhotra and is slated to release on November 3 this year.