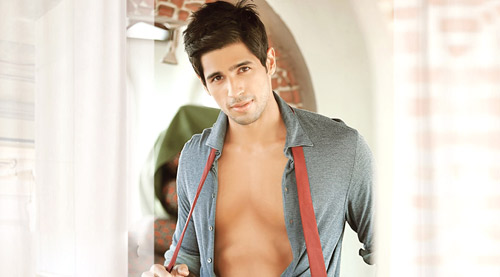 Baar Baar Dekho, the film Sidharth Malhotra and Katrina Kaif gave their blood sweat and tears to, has underperformed at the box-office. But Sidharth has no time to mope over his discontent. He is busy shooting his first full-fledged action film where he plays, hold your breath, a secret agent.

So it's a role with a whole amount of sophisticated stylized stunts. Says Sidharth, "I am currently shooting for an action film with Jacqueline Fernandez. I am training with a French action director Cyril Rafaelli. I am learning hand combat and several other forms of action. "

Rafaelli who has done the stunts in The Transporter series has also done Akshay Kumar's action scenes in Baby.

Says Sidharth, "Akshay and I had an American team of action supervisors in Brothers. Here I've a French stunt supervisor. We've already completed 40 percent of the film and we still don't have a title. Everyone thought it was called Bang Bang 2 because it's being produced by Fox Star who made Bang Bang. But our film is in no way related to Bang Bang. We are still trying to figure out the title."

Sidharth's untitled action film is directed by the duo Raj Nidimoru and Krishna DK. Says Sidharth, "They've directed some amazing films in the past like Shor In The City. They are doing an action film for first time, and so am I."

So what kind of an action film does Sidharth hope to put on screen? "It's not just pulse-pounding fist-flying action. There is a coherent script and a lot of humour. If I've to think of one parallel in the action genre from Hollywood it would have to be True Lies."

He gives that a thought. "We hope the action will be at least one notch higher than what Indian audiences are used to seeing. We have an international team to guide me through the action. We don't have the budget to blow up cars and buildings. But we have a solid storyline, humour and stunts that stretch neither credibility nor our budget."