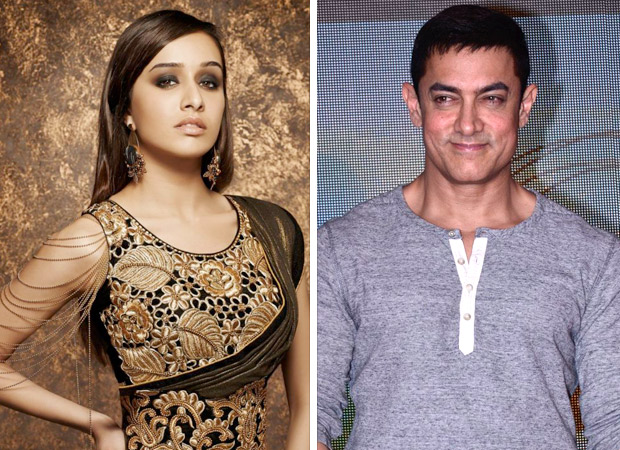 Last year, Yash Raj Films announced a unique yet potent combo of B-town stalwarts in their forthcoming venture Thugs of Hindostan that took everyone by a surprise. Megastars Amitabh Bachchan and Aamir Khan are coming together for the first time for this YRF venture and now a new name has been added to the star cast.

We hear, as the lady opposite Aamir, the makers have decided to rope in Shraddha Kapoor. Reportedly, the actress even gave a look test recently and Aditya Chopra was content with it as he decided to immediately get her on board. Interestingly, Shraddha Kapoor who had done Luv Ka The End with Y-Films haven’t done a YRF project since then and buzz was that the actress had a fallout with her mentor Aditya Chopra.

However, with the recent reports of Shraddha Kapoor becoming a part of the film some of these speculations have been put to the rest. Also, as far as her character is concerned, it is being said that she will play Aamir’s love interest and later, will be his wife in the film. However, the spokesperson of the production house continues to deny Shraddha’s association with the film stating that the actress has not been signed for the project.

As for the film Thugs of Hindostan is an adaptation of the English novel ‘Confessions of a Thug’ written by Phillip Meadows Taylor, a compilation of a thug’s journey revealed to him by a certain thug named Syeed Amir Ali. The film is about thugs and thieves who murdered travellers for valuables and is set in the backdrop of 1839 British India.