Not too long ago, there were reports that Alia Bhatt injured her shoulder on the sets of Brahmastra. And now three months later, the actress yet again ended up injuring her leg during the shoot of Kalank. However, despite all of this, she continues to shoot her two films. 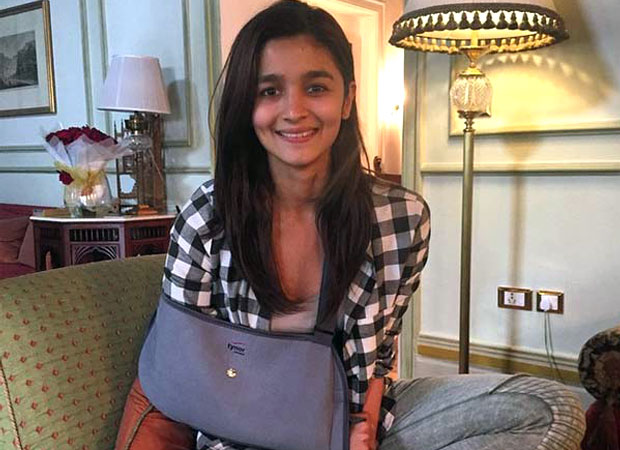 Alia Bhatt, who kicked off the shoot of this period drama since April, was apparently shooting for a sequence which involved stairs. Whilst filming it, she tripped off the stairs and ended up injuring her foot in the process. The actress was immediately given treatment and her leg was bandaged. Despite all the injury, it is being said that Alia resumed work.

Alia Bhatt has started shooting with Sanjay Dutt for Kalank since the veteran actor joined the cast a day ago. We hear that the makers are running on a tight schedule. At the same time, the actress is also shooting for another film, the superhero drama Brahmastra in Mumbai itself. Considering that she is juggling between shoots, Alia is already facing time constraint. Hence, the actress did not want her injury to stall or delay the films in any way.

Speaking on her injury, it seems that the actress is taking rest in between shots so that it doesn’t aggravate. As mentioned before, Alia Bhatt faced another injury in March during the shoot of Brahmastra in Bulgaria. The actress apparently hurt her shoulder during an action sequence and the doctors had then advised her to go slow with the shoot schedule. In fact, this is the reason why Alia’s action sequences will be shot later.

Talking about the two films, Brahmastra will feature her opposite Ranbir Kapoor and Amitabh Bachchan. Directed by Ayan Mukerji, the film is expected to release in the second half of the year. As for Kalank, the film will have an ensemble cast of Varun Dhawan, Sonakshi Sinha, Aditya Roy Kapur, Madhuri Dixit, Sanjay Dutt amongst others. It is slated to release on 19 April 2019.

Also Read: Alia Bhatt will NOT have a live-in, wants to get married and have kids!