The coastal regions of Maharashtra including the city of Mumbai were hit by the cyclone Tauktae on Monday(May 17). The cyclone led to the death of many and also caused immense property damage on the western coast of India. The cyclone also damaged the sets of Ajay Devgn's upcoming film Maidaan which is set on the outskirts of Mumbai. 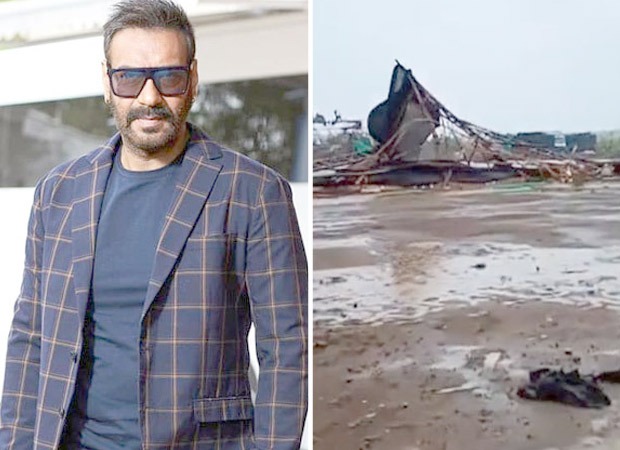 While there have been no casualties on the sets of the film, the set has been badly damaged. A large portion of the film was yet to be shot as the shooting of the film had been stalled by the pandemic.

Reportedly, there were around 40 people on the set of Maidaan when the cyclone hit. The guards and curators who were present at the location tried to save as much as they could but their efforts turned futile.

This is the second time that the sets of Maidaan have suffered damages. Earlier in May 2020, the set had to be dismantled because of the COVID-19 pandemic and the upcoming rains.

Maidaan is based on the life of the football player, late Syed Abdul Rahim. Directed by Amit Sharma and produced by Boney Kapoor, the film also stars Priyamani.