After Tiger Zinda Hai, speculation is rife that Katrina Kaif and Salman Khan are set to act together again in Yash Raj Films’ Dhoom 4. A trade insider reveals that the actress has been approached to play the main lead in the film. Salman is said to have already given his nod to Dhoom 4 last week before he left for his US Dabangg Reloaded tour. If Katrina and Salman come together in the fourth franchise of Dhoom, it will be their sixth film together. 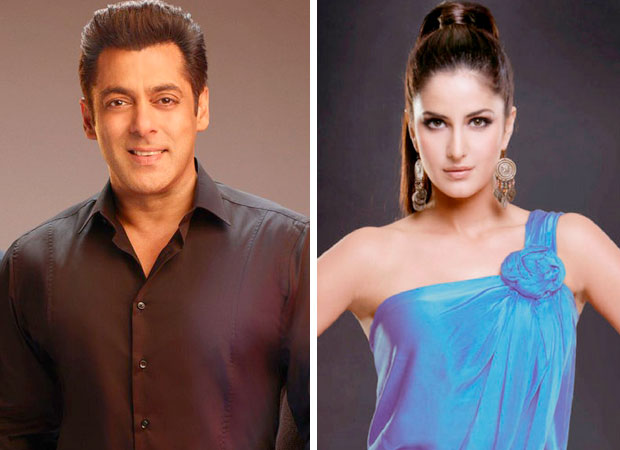 Says a trade source, “Katrina and Salman have always shared a sizzling on-screen chemistry which the audience loves. They are not just one of the most happening pairs in Bollywood; they gave a blockbuster hit in Ali Abbas Zafar’s Tiger Zinda Hai, last year. Katrina is also considered as a YRF favourite, so when Dhoom 4 was getting finalized she was a natural choice for the role. By the time Dhoom 4, directed by Victor (Vijay Krishna Acharya) starts next year she would have completed her other movie commitments which include Aanand L Rai’s Zero, Victor’s Thugs Of Hindostan and her dance film with Varun Dhawan, which is being directed by Remo D’Souza. Katrina has also been setting the floor on fire with her performances with Salman on the current Dabangg Reloaded tour in USA so if both romance each other on-screen again after TZH, it will another blockbuster again.” The source insists, “Right now all everything is hush-hush and everybody connected to the movie has been sworn to secrecy so if anybody is asked about the movie expect denials. Apparently, Aditya Chopra wants to finalise the cast and crew before he makes his announcement. Salman gave his nod before he left for USA but some paperwork is still left. It’s said that Katrina was also approached for Atul and Alvira Agnihotri’s home production Bharat to play the female lead opposite Salman by Ali Abbas Zafar but she declined because her dates were clashing and Priyanka Chopra was approached after that.” In Dhoom 3, Abhishek Bachchan and Uday Chopra had played Jai and Ali while Aamir Khan had played the antagonist, Sahir, who The Great Indian Circus, with his female lead acrobat, Aaliya (Katrina). In the climax, Sahir and his twin brother Samar jump off the dam together and Aaliya is shown having taken over The Great Indian Circus and still performing for it. Our source says, “Dhoom 4 will be a completely different story.”