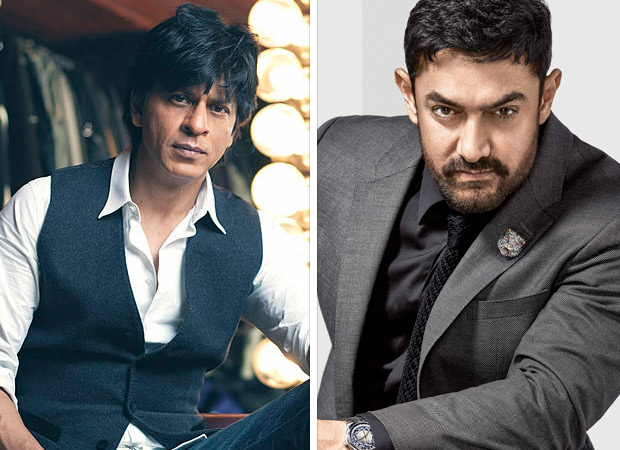 It’s confirmed. Not Aamir Khan, but Shah Rukh Khan will play astronaut Rakesh Sharma in the bio-pic Salute produced by Siddharth Roy Kapur and directed by Mahesh Mathai. And the changeover is, according to very reliable sources, “very smooth stress-free and amicable”.

Apparently, Aamir personally met Shah Rukh Khan to tell him that the role is worth his, Shah Rukh’s, while. Says an informed source, “So the first question Shah Rukh would’ve asked Aamir is, if it’s such a great role why are you not doing it yourself? Before that poser, Aamir Khan explained to Shah Rukh that he, Aamir, intended to devote at least ten years of his life to a very dear project, presumably the Mahabharat, and has therefore stopped accepting any other assignments. Aamir Khan strongly recommended the Rakesh Sharma bio-pic to Shah Rukh Khan as a script worth walking that extra mile for.”

After deep discussions and long meetings with Siddharth Roy Kapur, Shah Rukh has been signed to play Rakesh Sharma. Sources totally discard the other names thrown around for the part. “It was mentioned that Ranbir Kapoor and Ranveer Singh were approached and that they turned down the role. Not true at all. The role went straight from Aamir to Shah Rukh.”

Interestingly Salute is not Shah Rukh’s first brush with the space and astronomy. He had played a NASA engineer in Ashutosh Gowariker’s Swades. Little did he know he would return to that milieu.