Rohit Shetty’s Sooryavanshi is complete (barring a festive, colourful song and dance number) after which post-production work has begun now. The Akshay Kumar & Katrina Kaif starrer has been shot over various regions including Mumbai, Hyderabad and Thailand and now the film is complete (with just a fun and festive song and dance number left to be shot). But we have come to know that the filmmaker had registered a number of titles at the Indian Motion Picture Producers’ Association (IMPPA) earlier this year and during the last schedule held in Film City Goregaon Studios in Mumbai last month, a set with the filmmaker’s production house, Rohit Shetty Picturez, had been constructed with the movie name of Veer Suryavanshi. Akshay plays DCP Veer Sooryavanshi, the chief of the Anti-Terrorism Squad. 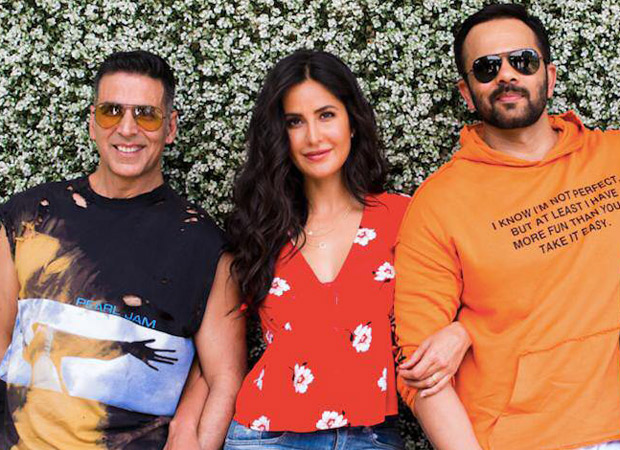 Says a trade source, “It was reported last month (during the second week of November) that Akshay Kumar was recently shooting a pivotal scene for Sooryavanshi, in Mumbai where he sprained a muscle in his left arm but continued to shoot. Apart from other locations in various parts of Mumbai, the Sooryavanshi cast (which apparently included Akshay too) and crew also shot at over a span of four days inside the Film City Studios, including BNHS Gate, from Bapu Nagar to Temple Road and Temple Valley, Khandala Ghat and at Studio No.5. The Rohit Shetty Picturez board which was there at all locations had the title Veer Suryavanshi. While it could possibly be an issue over the title of Sooryavanshi, it is not clear why Rohit has shot these four days of his movie under this name. Earlier this year he had registered three titles (apart from Sooryavanshi) - Veer Suryavanshi, Suryavanshi and Suryavanshi IPS. Akshay plays DCP Veer Sooryavanshi, who deals with terrorism and during the climax comes together with Ajay Devgn and Ranveer Singh in one of the biggest and the best high-octane action scenes ever seen in recent times.”

Apart from Akshay and Katrina, the film also stars Gulshan Grover, Sikander Kher, Neena Gupta, Niharica Raizada and others. The climax has already been shot last month with the Akshay, Ajay and Ranveer on a grand scale in Hyderabad. Ajay and Ranveer reprise their roles of Bajirao Singham and Simmba Bhalerao from the franchise's previous films Singham and Simmba in cameos. Earlier the movie was to release on Eid 2020 but was preponed. Now the film is releasing on March 27, 2020.