Janhvi Kapoor has been signed on for a third project by Karan Johar, for a film based on Life and Times of IAF pilot Gunjan Saxena. Karan believes that she has the correct posture and right attitude to play the character. As per insiders close to the project, we had informed you that Karan had roped in South superstar Dulquer Salmaan to play her romantic lead. But now the update from the sources is that Salmaan is no longer associated with the film and has been replaced by none other than Neha Dhupia's husband Angad Bedi. 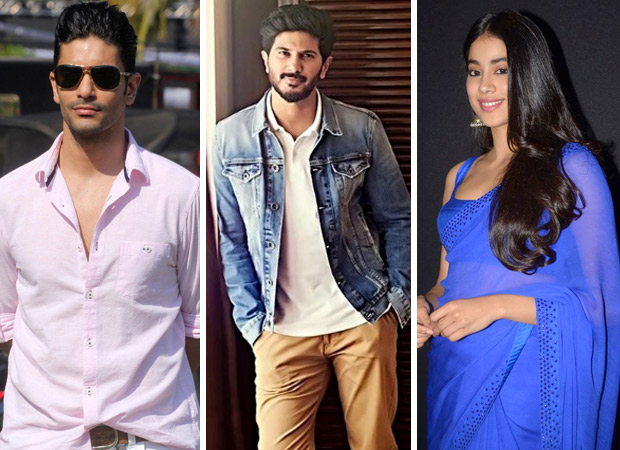 We don't know the reason for this change but hope it's for the best. The news of Janhvi romancing Dulquer was lapped up by the fans. Aside from Dulquer, Janhvi also mentioned that she would love to work with Vijay Devarakonda next. Despite being a Hindi film heroine, Janhvi has a strong South connect, thanks to Sridevi.

Janhvi made her debut this year with Dhadak starring Ishaan Khatter. The film did well at the box office. Janhvi will be seen next in Takht with an ensemble cast of Alia Bhatt, Ranveer Singh, Kareena Kapoor, Vicky Kaushal and Bhumi Pednekar. Next of course is Gunjan Saxena biopic which will showcase her in a gritty, content-driven role.

Gunjan Saxena was a valiant pilot in the Indian Air Force who fought bravely during the Kargil war.

Also Read: Angad Bedi and Neha Dhupia share a glimpse of their newborn daughter and announce her name