It seems that besides Bollywood, this year is the season of weddings down South too. Amidst rumours about many celebrity marriages that may be on the cards, yet another addition made to that one is that of Sayyeshaa Saigal and Arya. The grandniece of Dilip Kumar and Saira Banu is expected to tie the knot with the Kollywood star at a traditional ceremony in Hyderabad on March 9. 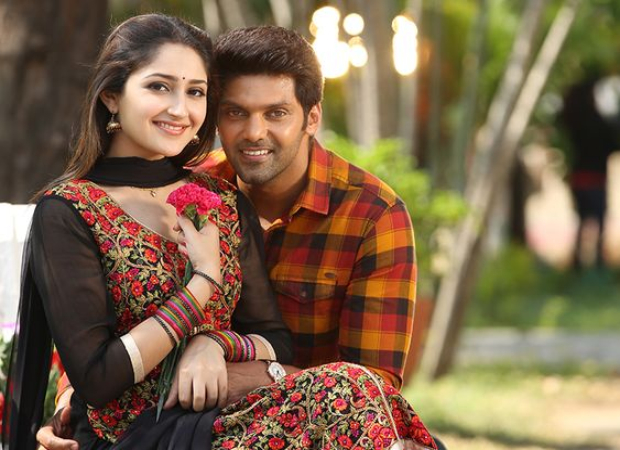 If reports are to be believed, the wedding will be a private affair with a grand reception that will be hosted for the industry friends in Hyderabad itself. The wedding is expected to be a traditional Muslim wedding and apparently the parents of both the celebrities have already started with the preps. Whether a Mumbai reception will be held or no, that is yet to be seen. There has been no official announcement from either side.

It seems that Arya and Sayyeshaa did know each other for some time and their love story began on the sets of Ghajinikanth. In fact, the two are also currently doing another film together which has been titled Kaappaan which is yet to hit the big screens.

Sayyeshaa, who has only done one Bollywood film Shivaay with Ajay Devgn by far, has done a handful of South films. While she made her debut with a Telugu film titled Akhil in 2015, she went on to star in four Tamil films which include Vanamagan, Kadaikutty Singham, Junga and Ghajinikanth.

On the other hand, Arya made his debut way back in 2005 and has even participated Enga Veetu Mapillai, which was inspired by The Bachelor. However, the actor refused to marry the two final contestants on the show and soon the rumour mills about his wedding died down until now!