Not too long ago, we had mentioned that Sanjay Dutt doesn’t want to see his life story unfold on the big screen prior to the official release of Sanju. The actor was keen on watching the film only after its release and not at any special screening. But it seems that Sanjay had a change of mind after Ranbir Kapoor, aka the reel life Sanju requested him to watch it with him. 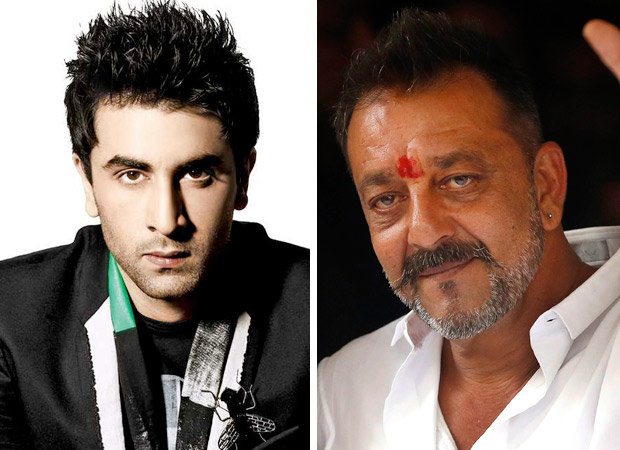 Ranbir Kapoor is holding a special screening of Sanju not just for Sanjay Dutt but for the entire Dutt parivaar before it hits the big screen. The reel life Sanju is keen on showing how he has portrayed the character of Sanjay Dutt on screen. In fact, despite the fact that Dutt was quite sure that he would like to watch Sanju only after its release, Ranbir decided to persuade him to attend the screening.

And to be honest, the Kapoor lad was quite successful in doing so! Reports have it that after much convincing, Sanjay Dutt has finally relented to attend the same. Moreover, the invitation has also been extended to the Dutt family. Manaayata Dutt, wife of Sanjay Dutt as well as sisters Namrata and Priya Dutt too will be a part of this special screening.

Besides them, the Kapoors, namely Rishi Kapoor and Neetu Kapoor too are invited for this special screening of their son’s much talked about film.  The said screening will be held at the producer of the film, Vidhu Vinod Chopra’s office today, that is, on June 27.

By now readers would be aware that Sanju is directed by Rajkumar Hirani and it is presented by Fox Star Studios. The film features an ensemble cast of Paresh Rawal, Manisha Koirala, Vicky Kaushal, Sonam Kapoor, Dia Mirza, Anushka Sharma amongst others. The film is slated to release on June 29.