Sanju aka the Sanjay Dutt biopic, featuring Ranbir Kapoor, has been in news constantly as the suspense about which actor is playing which character continues to keep the audience intrigued. While the rumours about Anushka Sharma essaying the role of Madhuri Dixit were quashed during the trailer launch, there were not set of speculations which claimed that Karishma Tanna is playing the role. The Kyunki Saas Bhi Bahu Thi actress, however, wasn’t seen in the trailer! Well that only added to the reports which claimed that the track of Madhuri Dixit has been done away in the film. 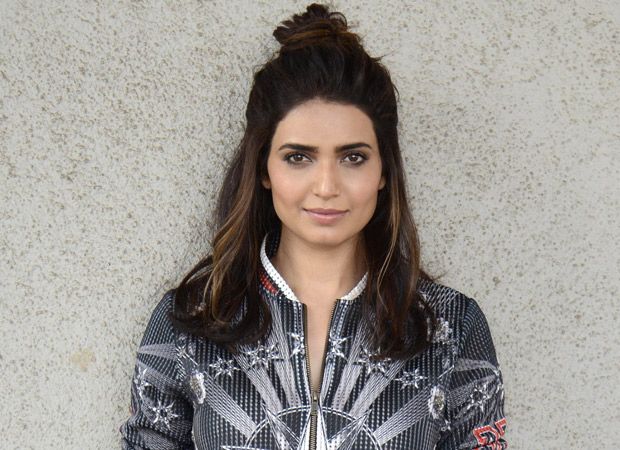 But it seems that none of it is true. If recent reports are to be believed, Karishma Tanna is indeed playing a character inspired by Madhuri Dixit. However, the makers are keen on keeping her under wraps. Owing to the controversial history of the popular onscreen couple, it is being said that the character essayed by Karishma can raise eyebrows, because of which, we hear that the makers are not keen on letting out any details.

On the other hand, it has also been learnt that Karishma Tanna, although has agreed to reports claiming that she is a part of Sanju, has refused to discuss about the film in public. She has allegedly been dodging questions related to film because of the non-disclosure agreement. Reports suggest that all actors who have played integral roles in Sanju have signed an agreement with the production house where they aren’t allowed to reveal details of their respective characters without permission.

Same is the case with Karishma Tanna! Whilst the rest of the team have already kicked off the promotions, it is being said that Karishma may join them only after Sanju releases. At the same time, sources in reports have also maintained that the plotline of Karishma is essential to the plot.

Speaking about Sanju, the film stars Ranbir Kapoor as the leading man along with Dia Mirza, Paresh Rawal, Manisha Koirala, Vicky Kaushal in prominent roles. The film, directed by Rajkumar Hirani, is slated to release on June 29.

Also Read: Karishma Tanna gets slapped with a legal notice