Rajkumar Hirani’s Sanjay Dutt bio-pic Sanju has turned out much bigger than expected. The box office numbers are going through the roof. And the distributors and exhibitors are in a jubilant mood. Anticipating the massive ovation for Sanju no Hindi film was lined up for release this week 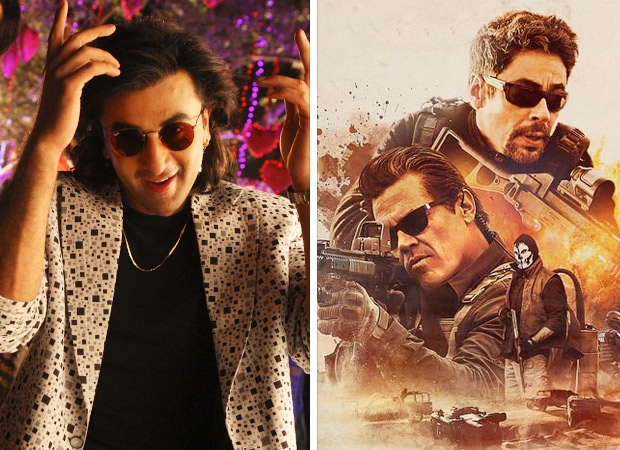 The real casualties of the spectacular Sanju success are the Hollywood films that were lined up for release including Wes Anderson’s highly-rated Isle Of Dogs and the star-studded action-thriller Sicario Day Of Soldado. Neither film is likely to get theatres and screens from Friday.

Says a spokesperson of a leading multiplex chain, “We’re getting massive footfalls for Sanju in the first week, even post the weekend it hasn’t slowed down. The numbers are much higher than Race 3 and even higher than Padmaavat. Why should we remove shows of Sanju for Hollywood films in English which no one will watch anyway? Infact, we are worried about the big Hindi releases in July like Shaad Ali’s Soorma and Karan Johar’s Dhadak. Sanju will not slow down in a couple of weeks. It is going to be at the top for some weeks now.”