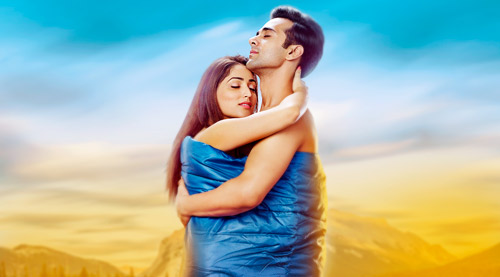 Divya Khosla Kumar's directorial venture Sanam Re released on the February 14, 2016 and it also witnessed a clash with Katrina Kaif's Fitoor. After clocking in decent numbers at the box office, Sanam Re has now surpassed the likes of Ranveer Singh - Deepika Padukone starrer Bajirao Mastani & Shah Rukh Khan's Fan in terms of TRP ratings.

2016 has seen several blockbuster films like SLB's Bajirao Mastani, Shahrukh Khan's Fan, Sonam Kapoor's Neerja and Akshay Kumar's Airlift. In spite of clocking in numbers at the Box Office, it has been revealed that it is Divya Khosla Kumar's Sanam Re that leads the show at number 4. Clearly the below data brings out the role music, locations & direction plays in not just the opening of a film but also in the television viewing numbers that finally impact the satellite pricing and thus the profitability for the producer.

With soulful music, picturesque locations & sizzling chemistry between Pulkit Samrat & Yami Gautam, the film was directed by Divya Khosla Kumar. The recently released comparative data by BARC (that compares the no. of television sets that have viewed the respective films on their premieres) are listed below.