Samantha Akkineni, a leading star from South, has just watched Manikarnika: The Queen Of Jhansi and she is all praises for the lead actress. She thinks that Kangana was spectacular in the movie and she took to Instagram to write words of praises for the actress. She wrote, "Manikarnika: Queen of Jhansi, Kangana Ranaut the friekin queen of our hearts.. .my favourite hero.” Kangana has been getting all the love for her performance in the film. Her success has been translated at the box office too and after a long haul, she is finally back in the game. Which of course is a great reason to celebrate for Kangana. 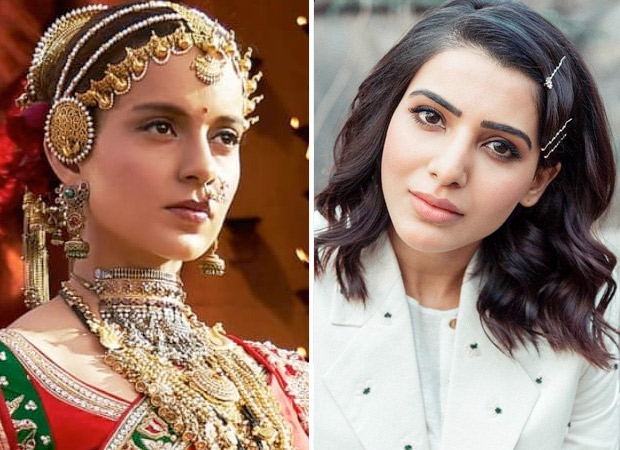 While the fiery actress is finally making news for the film, there is also a controversy encircling around her latest movie. Kangana Ranaut has been stating that she has directed more than 70 per cent of the movie, director Krish who was earlier on board this project has something else to say in this matter. He along with actor Sonu Sood claimed that Kangana usurped their credit and has been selling the movie as her own project, which is not the case. A deleted scene featuring Sonu was released too and this has opened up a lot of discussion on social media.

But all said and done, Kangana has proved her mettle once again and it is now clear that masses too prefer a movie with rich performances and content. Therefore, controversy or not, Kangana’s movie has worked well because of her sincerity in portraying the inspiring role of Rani Of Jhansi. Her next project is Mental Hai Kya with Rajkummar Rao, her Queen co-star.

ALSO READ: Kangana Ranaut in Tarun Tahiliani Couture for the music launch of Manikarnika – The Queen of Jhansi